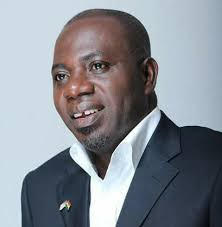 In Ghana, the game is influenced greatly by socio-economic factors. Poor wages and salaries and lack of quality medical attention to injured players plus the lack of proper infrastructure leave players with virtually no other choice but to move outside in search of greener pastures.

Today, many young players are exploited by unscrupulous agents in the name of greener pastures and end up in the lower leagues in foreign countries. The are many of such players living on the streets of Europe’s major cities without clubs. Since football is an important tool for development the continued exodus of Ghanaian players is of grave concern.

The MTN FA Cup Committee Chairman and President of Skyy FC, Hon Wilson Arthur has posted an agenda on this matter to the football family in Ghana inviting them to brainstorm on how to retain quality local players, build a dream team, increase patronage and attract sponsors.

“We need to diagnose the situation of our football clubs dispassionately. Chasing the dollar has not helped. I posit that most teams in Ghana recently are struggling and pulling down standard of Ghana Football because they are focused on selling young Talents and no longer retaining quality star players nor building formidable teams. We even sell to same African teams we are competing with.

If we want Ghana Football to soar, then Club Owners and management must have a paradigm shift and aim at building dream teams capable of being the best in the world. Stars attract record fans patronage. Good patronage attracts advertisers and sponsors if a good pitch is packaged. Note that it takes some branding processing and sales to leverage and achieve good sponsorship deal”

Building a dream football team takes quite some time, oftentimes through measurable stages as the players develop from raw materials to prospects to finished products, and finally  to becoming a unit with shared goals.

By ratio, the Ghana premier league players are one of the most shipped players globally. This trend has been a matter of concern from many football administrators. The stage is set for the football family to respond to this invitation.

Ghana football’s abusive relationship with superstition; the case of Kotoko at...