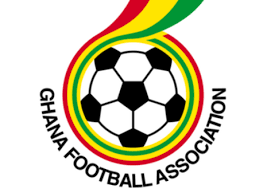 The Western Regional Football Association (WRFA) and Normalization Committee (NC) competition for the second division clubs in the Western Region has received financial assistance from some individuals. The support is to augment the overall expenditure for the competition including rewarding players who will excel.

The WRFA decided to go ahead after the Vice Chairman, Nana Kaku Bulu (Jamkay) promised to foot part of the officiating fees. Realizing the delays and the difficulties faced by the RFA in getting funds for the competition to kick start, these government officials/ politicians and others volunteered support through cash donations. This comes as a major relief for the RFA since it has, over some months now, been waiting from funding from the Normalisation Committee.

“I am a government official and have a responsibility to support every project that is to bring relief to the youth; moreover, I have a football club, Skyy FC, and that makes me a major stakeholder in the business and development of football, and that why I have decided to donated for this purpose”, Hon Wilson Arthur, told reporters.

It is refreshing to see government officials showing interest and supporting football in a time when there Is a loud call for government investment into the development and promotion of the game.

Speaking with to the media, Nana Kaku Bulu, the Vice Chairman of the WRFA expressed his gratitude to the donors and called on businesses and philanthropists within the region to emulate the kind gesture of these gentlemen.