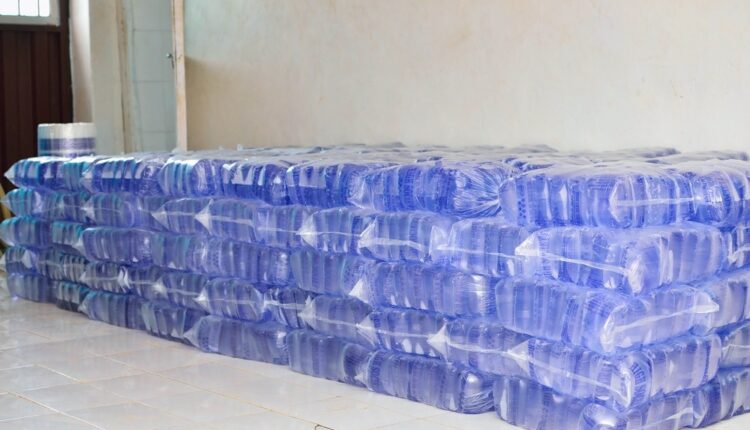 According to the 2021 population and housing census, about 37 per cent of the 8.3 million households in Ghana consume packaged Sachet water as the main source of drinking water.

The figure represents a quadruple increase from 9 per cent in 2010.

Greater Accra Region ranked the highest in the use of sachet water for drinking while the North East Region was the lowest.

However, the Ghana Statistical Service is worried that the figure poses a public threat as a number of water sachets have been found to contain faecal matter.

Assistant chief statistician with the Ghana Statistical service Dr Peter Takyi Peprah speaking at a stakeholders engagement in the water, sanitation and hygiene sector said the situation should be looked at.

But the Western Regional Administrator of the Sachet Water Producers Association, Ben Brew has rejected the findings, according to him all their production meets the requirements of the FDA and the report cannot be entirely true.

He said, “If their findings are true, then everyone who had drank any of the water at the time would have been dead by now.”

“I’m not doubting the entire research but the problem here is the timing and the source of water… But as sachet water producers, we do two tests, the raw and finished products test.”

“We even get our certification to produce water when the authorities have tested our water and confirmed that everything is okay so if they say so with this, I don’t agree with their findings, most of our producers have quality officers at the factory.”