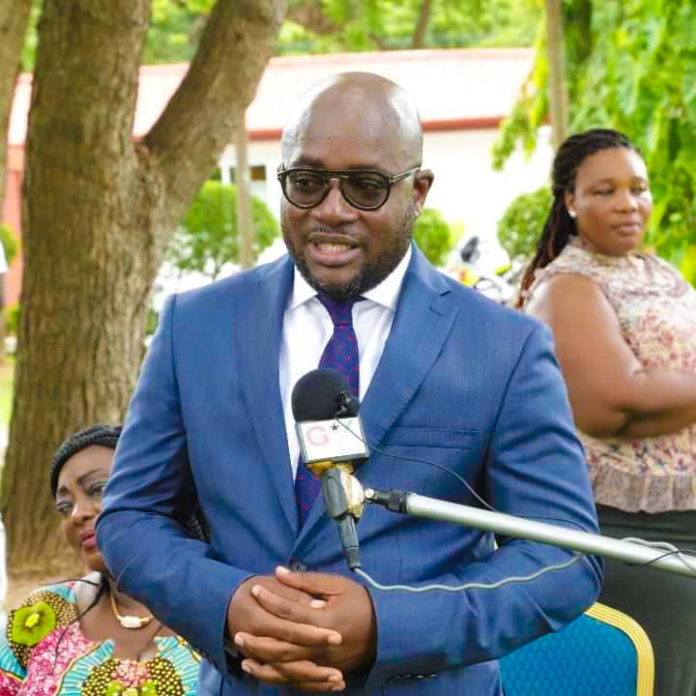 A leading contender for the NPP parliamentary primaries in the Sekondi constituency, Mr. Elvis Blankson has finally withdrawn from the contest. He has called the incumbent MP, Lawyer Andrew Egyapa Mercer to concede.

Bits of information available to www.skyypowerfm.com indicates that Elvis Blankson, upon advice by the vetting committee, decided to withdraw from the contest to prepare himself for the future. It is explained that certain things would have worked against his chances of being a candidate for the party in the constituency, and therefore decided to avoid further negative repercussions that could affect his chances in the future.

According to our source, Mr. Blankson, who is the Marketing Manager for GIHOC, has subsequently called the Western Region Secretary of the Party, Charles Cromwell Nanabanyin Onuawonto Bissue to communicate his decision.

Reacting to this development, Lawyer Andrew Egyapa Mercer told skyypowerfm.com that it is a piece of welcoming news and confirmed that he has spoken with his contender, Elvis Blankson. He added that in fact, they spoke this morning.

“He indicated that based on advice from the Vetting Committee, he has formally withdrawn from the Sekondi NPP Parliamentary Primaries. He extended his congratulations to me and pledged his support towards the 2020 General Elections.

“I thanked him. He told me he is back in Accra, so we have planned to meet this coming Thursday to reflect and plan,” Lawyer Mercer said.

Lawyer Mercer revealed that he has thus informed the Constituency Executives of the development.

“I have sent a message to my Executives informing them of the surprise call I had from Elvis Blankson this morning,” he said.

Sekondi, Adiembra to boast of Astroturf each

11 SYMPTOMS OF BREAST CANCER IN WOMEN THAT AREN’T LUMPS