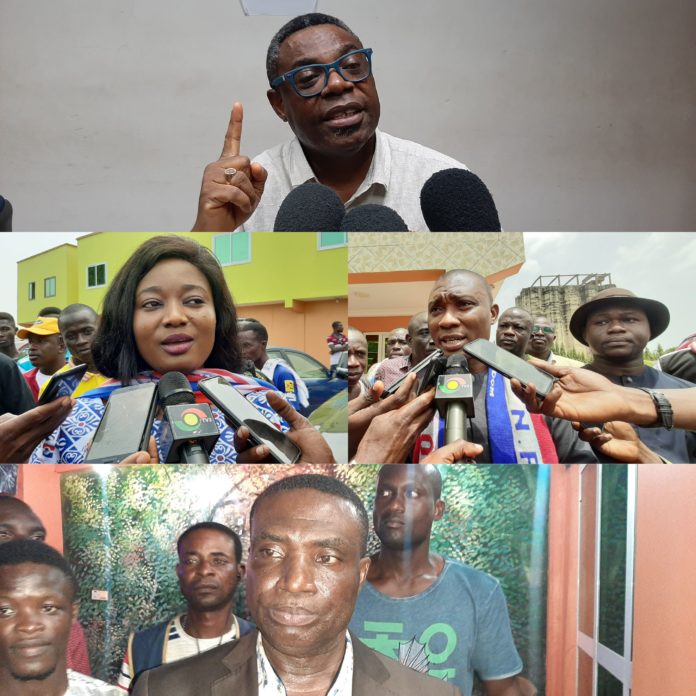 In what appears to be a drama of different story writers, it looks certain the New Patriotic Party (NPP) will release yet another list of qualified aspirants to partake in the upcoming primaries of the party in the Western Region. This list, we learned, will counter the one released by the ‘F.F. Anto Committee’.

According to skyypowerfm.com sources within the NPP in the Western Region, there is huge pressure on the Parliamentary Elections Appeals Committee of the party to reinstate some aspirants who were disqualified by the said Committee for the Western Region. This, we learn, has caused a worrying division among the regional executives as sides have taken entrenched positions.

It will be recalled that the list of qualified aspirants released by the regional Chairman, Francis Ndede Siah, was shockingly thrown into the ‘dustbin’ by the ‘supposed’ F.F. Anto Committee report, which was contrary to the former’s list.

According to sources very close to the Party, there are certain machinations currently ongoing to reinstate certain disqualified aspirants, at least, per the Chairman’s list. One name that has been mentioned is that of Dr. Adwoa Kwegyirba, a Senior Lecturer of the Takoradi Technical University (TTU).

“There is a grand scheme to reinstate the earlier disqualified aspirant for the Effia Constituency, Dr. Adjoa Kwegyirba Aggrey. Clearly, these faceless persons behind these unhealthy machinations do not have the interest of the party at heart. How will we be able to explain these changes, when the work that went into the vetting here in the region is unmatched. My, brother, people’s reputation they have built carefully for years will just be punctured just like that should this happens,” our source indicated.

During the vetting, skyypowerfm.com can confirm that a total of 19 card bearing members of the New Patriotic Party in the Effia Constituency petitioned the F.F Anto Vetting Committee to disqualify Dr. Adjoa Kwegyirba Aggrey based on four reasons.

According to them, Dr. Adjoa Kwegyirba Aggrey has never been a resident of the Effia Constituency as required under Article 94 of the Constitution of the Republic of Ghana.

“She currently resides in the Kwesimentsim Constituency at House Number B80, Anaji Estate, Dr. Linda Van Otoo Street, CK Mann area where she has stayed for about two years from 2018 to date”, the petition read.

A letter, signed by the Effia Kwesimintsim Municipal Assembly’s Chief Executive, Kojo Acquah, was attached to the petition to give it more credence. The letter stated unequivocally that “the residential address No. B80 Anaji Estate is in the Kwesimintsim Constituency, and not Effia”.

They argued further that before Dr. Kwegyirba Aggrey came to stay at her present location, she was a resident of BU in the Essikado-Ketan Constituency, adding that making her contest the seat will be a breach of Ghana’s constitution.

“She was a resident for over four years in West Fijai (BU) in the Essikado – Ketan Constituency, from 2013 to 2018 in House Number, Plot 114 BU Ridge with David Quayson as her landlord. That, Dr. Adjoa Kwegyirba Aggrey’s nomination to contest the Effia Constituency seat breaches Chapter 10, Article 94(b) of the Constitution of the Republic which stipulates that a person does not qualify to be a Member of Parliament unless he is a resident in the constituency for which he stands as a candidate for election to Parliament, or has resided there for a total period of not less than 5 years out of the ten years immediately preceding the election for which he stands, or he hails from that constituency,” the petition stated.

The petitioners maintained that though Dr. Adwoa Kwegyirba Aggrey lectures at Takoradi Technical University (TTU) and is currently a registered voter in Effia, “the country’s constitution requires a “resident status” as opposed to “ordinarily resident”.

The skypowerfm.com source intimated that it is surprising that in “the face of this unquestionable evidence, there are still attempts to make her contest the primaries”.

Many political watchers in the region have described what is happening in the Western Region NPP as a classical case of a chess game. Only time will tell.

“You are an integral part of Ghana’s Railway dev’t” Railway Minister...

Safe and Healthy Cookware: What You Need To Know When Choosing...