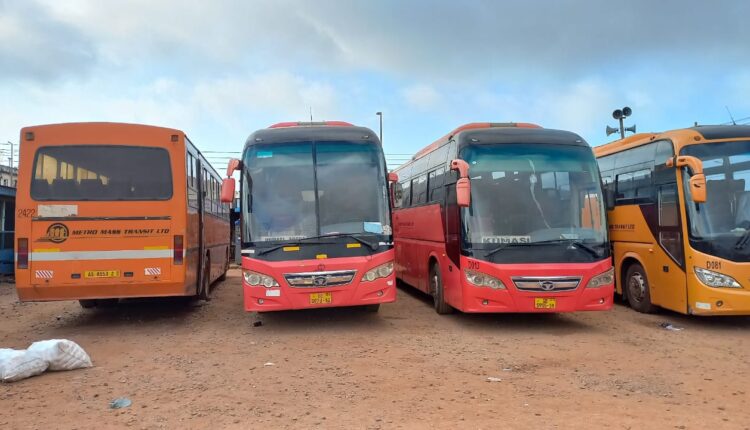 The Western Region branch of the Metro Mass Transit Limited has lost about GHc30,000 for not operating today in Takoradi due to a misunderstanding between some transport operators in Sekondi Takoradi Metropolis.

This morning about 48 transport terminals operating in the Metropolis under GPRTU saw drivers not working, including Metro Mass Transit and some four other transport operators Transiting from Takoradi to Kumasi, Accra and to the Western North areas.

This was an act to protest the decision by the Sekondi-Takoradi Metropolitan Assembly (STMA) to allow Bimbisala, a transport operator in the person of Emmanuel Sackey to also operate in Takoradi.

Hundreds of Passengers who were travelling from Takoradi to Accra and Kumasi were stranded at the station because no transport operator was willing to transport them.

The group says the STMA has refused to heed their concerns after a series of meetings and press conferences organized.

According to the leadership of the aggrieved transport operators, the decision holds until the STMA is ready to reach a consensus with them.