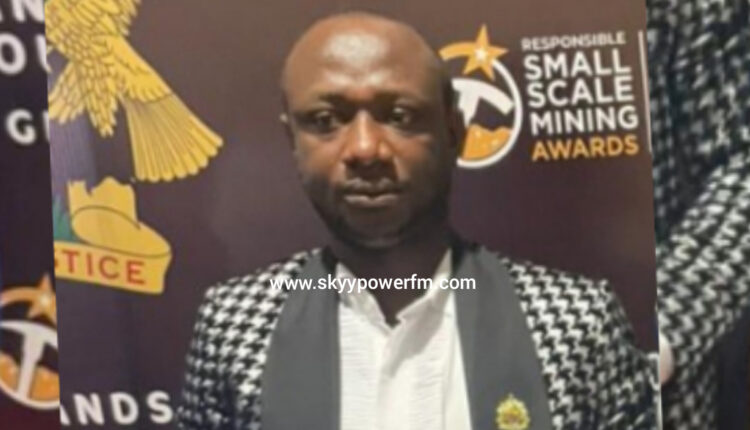 A 38-year-old man who is a small scale miner has been released by his alleged kidnappers after settling a GH¢500,000 ransom in Wassa Gakpa in the Wassa Amenfi East District of the Western Region on Monday, January 17.

According to reports, the victim, Mr Kwabena Obeng was abducted by four armed men at his house and drove away in his own Toyota Hilux truck with registration number AS 4902 – 21 without a trace.

The victim who spoke to the media after his release indicated that the suspected kidnappers took him to a thick forest in Anwia Nkwanta in the Ashanti Region of which the journey was an uncomfortable one.

They demanded GH¢500,000 ransom with a time limit and if that time was exceeded, he will be killed, so he called one of his in-laws who made his journey to the bank to withdraw the said amount from the victim’s own account.

Mr Obeng noted that the alleged kidnappers communicated with the family member who was dropping off the money of which they gave him a specific location to meet. They immediately released him after the ransom was received but drove off with his Toyota Hilux truck.

According to the Municipal Cheif Executive (MCE) of Wassa Amenfi East, Mr Fredrick Korankye, the Ghana Police are still investigating the matter and have arrested two suspects believed to be in connection to the alleged kidnapping.

The Western Regional Police Command has now taken charge of the case and are still investigating to bring the culprits to book.

According to the girlfriend of the victim who is also a witness, Mad Abena Nyamekye gave an account of the incident to Skyy Power 93.5FM.

Speaking on the incident, she made it known at about 7:00 AM, the victim, Mr Kwabena Obeng was in his room whiles she was at the backyard of the house washing some clothes but decided to go and see what was happening when she heard a loud sneeze.

Upon reaching the front side of the building, she saw four armed men with guns dragging the victim into his own Pickup truck.

She said, “They were four in number holding different types of guns including a pistol. As they were dragging my boyfriend into his own Pickup truck, I questioned them on where they were taking him of which they threatened to shoot me if I get close.”

According to her, they only took him and nobody or nothing else along.

Abena Nyamekye further noted that she has no idea of any external threat to the life of Mr Obeng and cannot figure out what might have caused the abduction.