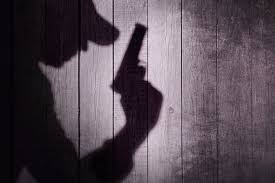 A former Cordinator of the Integrated Community Center for Employable Skills, Western Region, Mr. Donatus Kumah met his untimely death in a robbery attack at his residence in Anaji this dawn.

The former Western Region Coordinator of the Integrated Community Centre for Employable Skills (ICCES), Donatus Kumah, has been shot dead by armed robbers.
The unfortunate incident according to a stepson of the deceased, Theophilus Cromwell Tony happened at 3am midnight this Saturday.
Theophilus recounted that a loud cry following a gunshot from the deceased room.

“While running towards the room I saw the shadow of the assailant who was escaping from the scene, only to meet my stepdad [Donatus Kumah]staggering out of his room with blood oozing from his chest” he narrated.

Unfortunately Mr. Kuma died on the way to the hospital. Nothing was stolen from the scene, Theophilus said.

According to the first victim, 29-year-old Adelaide Parker, at about 2am this dawn she was awoken by a guy who pointed a gun to her head.

She said she was warned not to shout or she would be killed. The armed robber demanded for money and other valuables.

“The robber took away Samsung A8+, Samsung J7pro, Samsung J5 phones and and amount 400 cedis.

“He attempted to rape me but my mother struggled with him. He shot at my mother twice at close range but some how he missed,” she narrated.

Ms. Parker explained there was a similar attack on them in April this year but that was not successful.

There was another unsuccessful attack on one of the houses in the vicinity due to the inability of the robbers to break through the sliding windows.