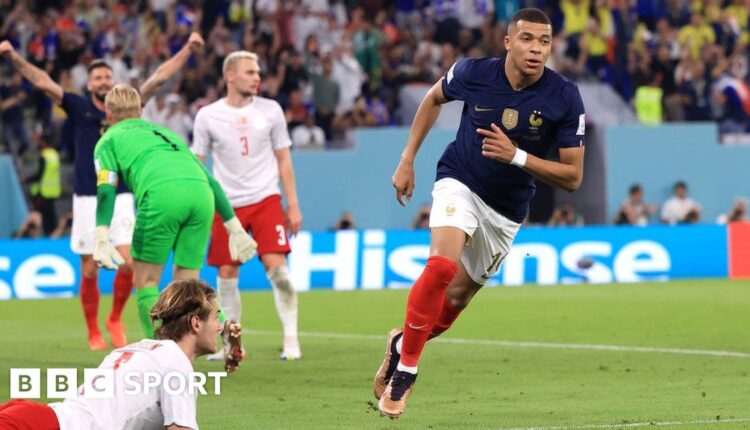 There was only one big story circling before France’s game with Denmark. Would Olivier Giroud become his country’s all-time leading goalscorer?

But fellow frontman Kylian Mbappe had other ideas.

The man described as a “superstar” stole the show with both goals as defending champions France won 2-1 to become the first team into the World Cup knockout stage.

“Kylian, what can I say?” said France boss Didier Deschamps. “An exceptional player. He has the ability to be decisive, stand up from the crowd and make a difference.

“Opponents have to rethink their structure and formation. Kylian is supported by other players who are as dangerous as him but free him up to play his game.

“He had the objective of playing at the World Cup and France needs Kylian.”