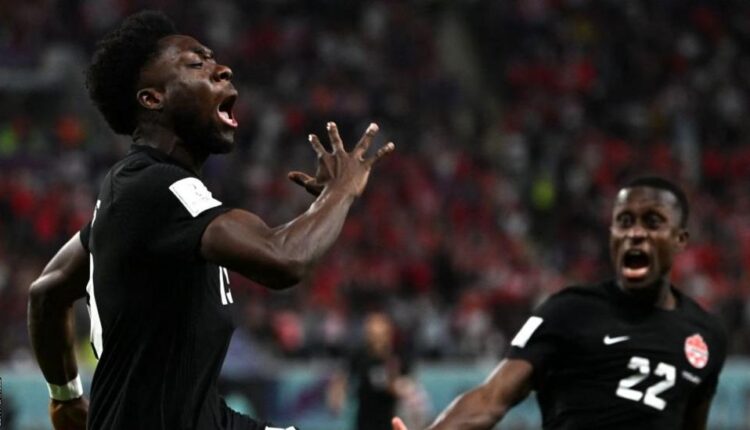 It was a moment that will go down in Canadian football history.

The country’s star player Alphonso Davies leapt high into the Doha sky to meet Tajon Buchanan’s perfect cross and power in a header to become the first man to score for the Maple Leafs at a World Cup.

The opener against Croatia came just 68 seconds into the game and sent the North American side’s supporters into raptures inside Khalifa International Stadium.

Boss John Herdman said afterwards: “It was a great start and a proud moment for the fans in the stadium and people back home. We got to celebrate something we have been waiting for a long time.”

But 2018 finalists Croatia did not read the script as they hit back to win 4-1 and end Canadian dreams by sending them out of the tournament following back-to-back defeats.