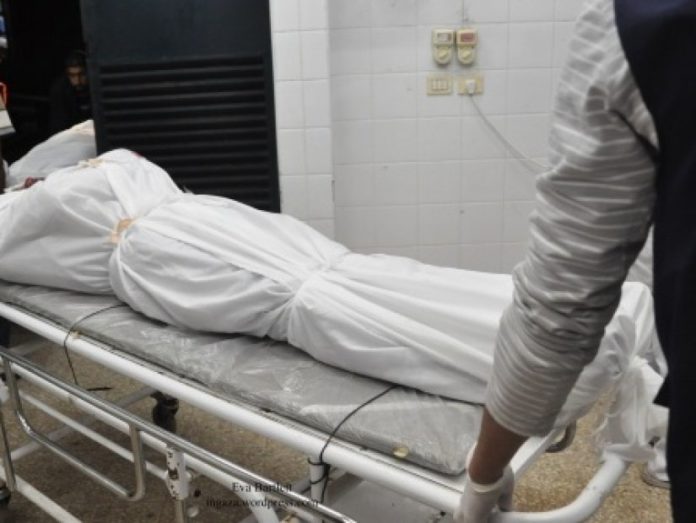 A 29-year-old woman, identified as Margaret Sam, was on Friday, February 26, found dead in her husband’s room at Olebu, a suburb of Accra, with her neck and head tied with a cloth.

Deputy Superintendent of Police (DSP) Effia Tenge, the Head of Public Affairs Unit, Accra Regional Police Command, said on February 26, 2021, at about 0930 hours, a woman at Olebu reported to the police that she woke up and noted an offensive odour emanating from the room of her son, Kofi Aboagye, and his wife, Margaret Sam.

She said on Wednesday, February 24, Aboagye, 32, brought his three children to the mother, at about 0330 hours, with the explanation that his wife had gone out and he was also going to look for job as a commercial driver.

DSP Tenge said since that day, both husband and wife had not been seen.

She said when the police proceeded to the scene, they found flies hovering around the doors and windows of Aboagye’s room.

DSP Tenge said the door was locked so the police broke into the room and found the body of the deceased with her neck and head tied with a cloth.

She said the Crime Scene Team from the Police Headquarters was called in to assist in investigations.

DSP Tenge said a hammer and a kitchen knife, stained with a substance suspected to be blood, were retrieved from the scene.

The body of the decease had since been deposited at the Police Hospital morgue for preservation and autopsy.

Efforts were underway to arrest the husband to assist in investigations, she said.