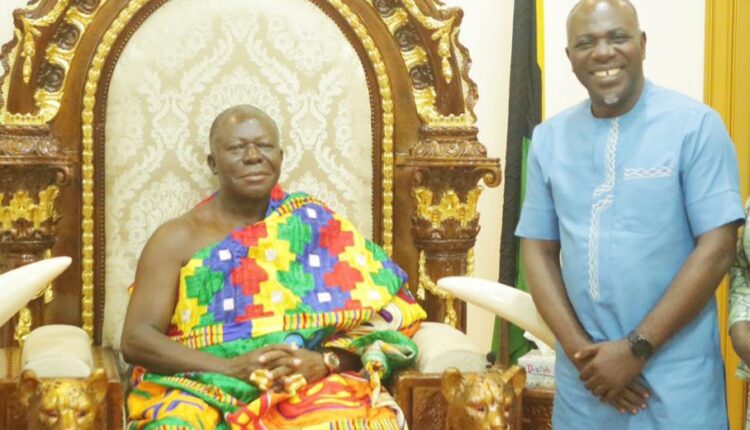 The FA Cup Committee Chairman Mr Wilson Arthur has led his team to pay a courtesy call on the King of the Ashanti Kingdom, Otumfour Osei Tutu II on Friday, June 17.

The delegation was at the Manhyia Palace to officially inform the upcoming Grand Finale of the MTN FA Cup Scheduled to happen at the Baba Yara Sports Stadium on Sunday, June 26, 2022.

The delegation also seeks the blessings of the King ahead of the super clash between Accra Hearts of Oak SC Vs Bechem United.

The delegation also paid a courtesy call on the Ashanti Regional Minister Simon Osei and the Mayor of Kumasi Hon Samuel Payne.

However, the committee will also announce the lineup of activities for the build-up of the final match.