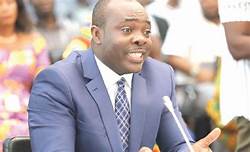 Why The $6.3m Budget Cannot Be True

By skyypowerfm On Jul 25, 2019
0 3
Share
On Wednesday, July 24, 2019, the Sports Minister, Hon Isaac Asiamah appeared before parliament to present statement of accounts on the black Stars AFCON campaign.
According to him, $6.3m was budgeted for the campaign, over $4.5m was spent and a little over $1.7m was returned to government chest.
Having examined the figures as presented, it is very difficult to accept that $6.3 was indeed, what was budgeted for the whole campaign. It simply does not make sense to spend 75.4% of your total budget halfway through the campaign.
Below is a simple calculation and projections that suggests the nation budgeted more than $6.3m for the tournament in Egypt.
Per his accounts, we spent $1,489,432 on winning bonuses on the players, technical team and the additional technical team for the three games in the group stages.
Common sense tells us that we were left with 4 matches (Round of 16, quarter finals, semi finals and the grand finale) to win the trophy. It’s also a common practice that the higher you go, the higher your bonuses. Let’s even assume they were going to pay the $15000 they promised at the round of 16 each for the remaining matches throughout. What it means is that, every player was going to get $60,000 I the remaining four matches. $60,000 multiply by 23 players would have summed up to over $1,300,000.
Let’s assume without admitting that we would have spent $500,000 on bonuses on the technical team and the additional technical team over this period.
If you add $1,300,000 to $500,000, you’ll get $1,800,000 here.
The remaining balance of  over $1,700,000 the minister talked about wouldn’t have been able to even cater for bonuses alone, not to talk of perdierm and other expenses.
We’re aware, the nation was going to fly media men and additional supporters to Egypt had we beaten Tunisia.
It’s conspicuous the Hon Minister peddled falsehood in Parliament yesterday.
The budget was never $6.3m
6.3m6.3m Budget CannotBudgetBudget CannotCannot
You might also like
Opinion