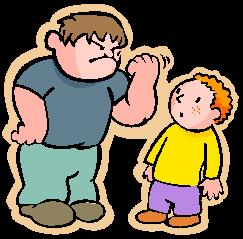 I was recently appointed to a legislative task force on workplace bullying.  Bullying is a phenomenon that pervades our society.  It is in our schools and our workplaces.  If you are a small business owner and you’ve been in business any length of time you most likely have discovered that customers can be bullies, too!

So how do you know your customer is a bully? I had finally reached my limit in dealing with a client who was repeatedly rude, sent rambling and threatening emails, was frequently demanding of services outside of the scope of work of our contract and when questioned replied with snippy, condescending remarks.  On one occasion she accused me of carrying out work that she did not authorize.  I showed her proof that she did authorize the work and she offered no apology.  I called her up to express my concerns about her behavior and she was incredulous! She did not think she had done anything wrong.

After the phone call I reflected on how to improve the relationship and realized I was dealing with a bully.  I did the right thing by confronting my client about her behavior because the bullying ceased.  I asked a few others about their interactions with this client and learned that her behavior was well known and a pattern over many years.

Wikipedia defines bullying as “the use of force, threat, or coercion to abuse, intimidate, or aggressively impose domination over others. The behavior is often repeated and habitual.” My former client clearly fits the profile of a bully!

Experts say that the typical bully lacks social skills and has trouble solving problems with others, and has negative attitudes and beliefs externally and internally.

So I made the decision to free myself from this bullying relationship.  Here are 4 steps to take that worked for me:

As small business owners, we sometimes feel that we have to please our customers at all costs.  I have adopted a customer philosophy that “the customer is always right even when they are wrong”.  However, that philosophy does not extend to bullying which crosses the line.

PPA Boss scandal must force a rethink in appointment procedures –...

How to Be the Man in a Relationship

Do You Leak Urine When You Laugh, Sneeze Or Exercise? This...

About 255 personnel recruited to guard Forest Reserves in Tarkwa

HOW TO SURVIVE AS AN INTROVERT (IN BUSINESS AND IN LIFE)

Reasons You Should Be Friends Before Lovers In A Relationship