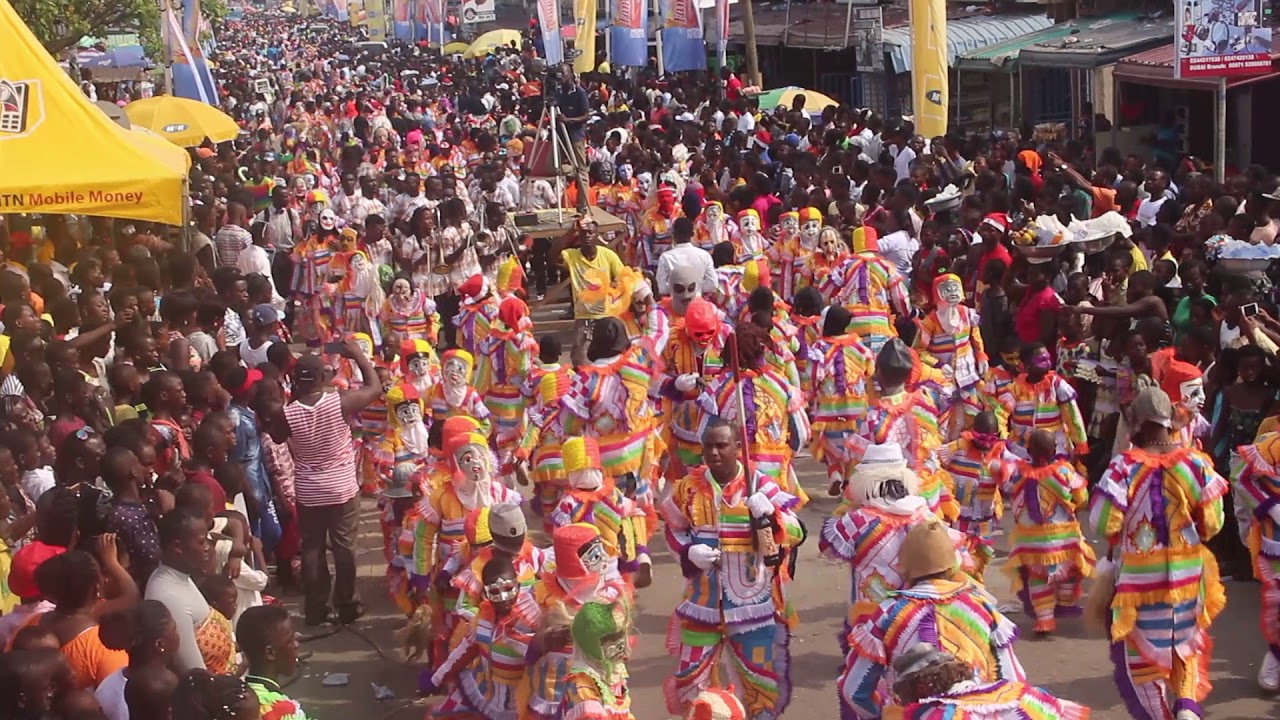 Traders in the central business district of Takoradi have applauded the organisers of the Westside Carnival Fancy festival, Skyy Media Group, for such a brilliant innovation that helps to boost sales during the yuletide. They say they are enjoying increase in sales that have come about as a result of the carnival.

The traders who deal in the sales of hand gloves, socks, traditional amulets, face masks, and other things needed by masqueraders for the carnival, were seen busily engaging in brisk business activities, with several buyers buying their wares. One excited seller told us until the masqueraders started to buy their wares, sales for the month of December was very down.

“Sales for this year, especially December, which happens to be Christmas, had been very slow until the masqueraders started buying. We are thankful to Skyy for this event. It has created an avenue for us to sell, even when the market isn’t too good,” Efua Wilson told Skyy News at the market circle.

With his wares displayed on a truck around the main Post Office area at the market circle, Agyei Boateng, a trader who was selling socks and face masks, said sales was very low in the early days of December, but picked up from Monday, 23rd, as we got closer to the day for the carnival, adding that those are not the things he usually sells, but because of the carnival, he has taken advantage to trade in them.

“Trade was very slow in the early days of December. I even questioned whether we were indeed in the Christmas period, because things were just not good. But as we are about three (3) days to Christmas, I have seen a major increase in sales of these items. You know these are items that are needed by the masquerades, so they are really buying them. The thing is, I am not used to selling these items, but I had to take advantage of the Westside Carnival to trade in these,” he said.

This year’s Westside Carnival, as usual, is scheduled for Thursday, 26th December 2019 at the Amanful Street in Takoradi. It will start with twenty (20) masquerading groups in the Twin City – Sekondi-Takoradi – displaying their artistry to the world including their dance moves. This, though not an official competition, is seen as a competition amongst the various masquerade groups as they battle for the best-dressed group, the group with the highest following, and the group with the best dance formation.

In the evening, popular gospel musician, Obaapa Christie, and her band will take over and ‘shake’ Takoradi like never before, before the Westside superstars including the reigning lyricist with the banger ‘Things Fall Apart’, Kofi Kinaata, and the ‘Koti’ hitmaker, Ayesem will mount the stage to prove why their sons of the land. The others include the ever smooth singer, Nero X, and Quesi Ghana, as well as the Westside Legacy Crew.

The event has MTN as its headline sponsor, with Ministry of Tourism, and Latex Foam Gh. Limited as sponsors.