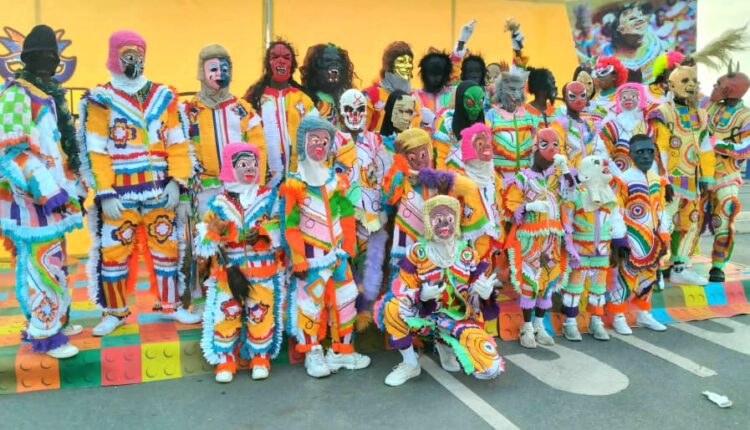 The biggest Carnival in Ghana, the Westside Carnival has officially been launched at the Takoradi Mall on Thursday, October 19 in a colourful event.

Westside Carnival is the key attraction that has made Sekondi-Takoradi the most enjoyable Christmas destination in Ghana.

This year’s carnival is expected to be the biggest version ever organised as it is fused with numerous events that are expected to make the carnival a great experience for patrons.

Present at the launch was Mr Wilson Arthur, CEO of Skyy Media Group, executives of MTN Ghana (Headline Sponsors) and the executives of the 30 masqueraders group who will be representing at the main event.

Speaking at the launch of the event, the originator of the Westside Carnival and Chief Executive Officer (CEO) of Skyy Media Group, Mr Wilson Arthur revealed that for the first time in the history of the event, the carnival will begin in November.

Mr Wilson said on December 3, a Westside Carnival health walk will be organised for the various masqueraders’ groups and the people of Sekondi-Takoradi after which a free health screening will follow up.

The health screening will help the various members of the masquerader’s groups to know their health status and know their blood groups to keep fit till the very day of the carnival. A sports event will follow up for the various groups.

On Sun Dec 25th, there will be a Masquerades Souvenir Market, where the general public can purchase masqueraders and Westside Carnival souvenirs from the event grounds

There will also be a Masquerades Fashion Parade, a Brass Band Contest and a Praise Festival featuring top gospel musicians from the Western Region who will rock the night.

On Tuesday, Dec 27, 2022, a Masquerades Fashion at the Takoradi Mall dubbed The After Show, will be the event of the day to help boost sales at the mall since Westside Carnival is organised to promote the Western Region and boost business in all aspects.

Mr Prince Owusu-Nyarko, the Western Regional Sales Manager of MTN speaking at the event said they are privileged to be associated with the event and are looking forward to a successful turnout.

However, one of the aims of Westside Carnival is to help boost tourism in the Western Region and they are focused on making that a reality and are very committed towards it.