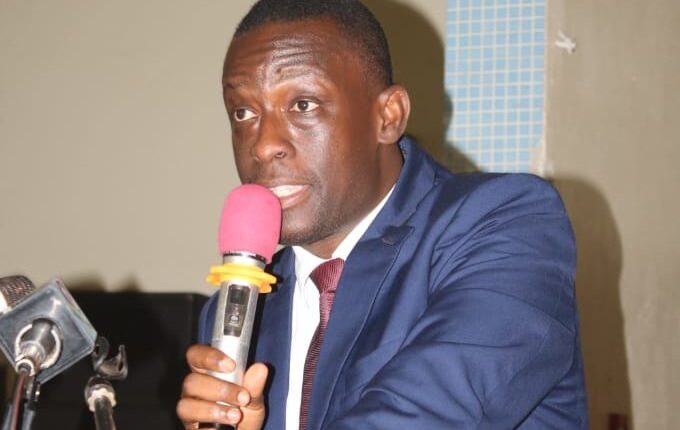 The Western Regional Minister, Mr Kwabena Okyere Darko-Mensah has engaged the Business Community within the Metropolis to solicit contributions in advancing opportunities in the Western Region.

The meeting brought together business owners, who are also members of the Takoradi Sports Club.

Mr Darko-Mensah said his vision was to make the Western Region a business haven under the Enterprise Model of Development for the Region.

He said engaging various stakeholders and opinion leaders to sell the Enterprise idea to them and take feedback was to help achieve the needed outcomes in improving businesses in the Region.

Mr Darko-Mensah expressed concern about illegal mining in the Region and said the government introduced the concept of Community Mining to curb the practice.

He said the government would look at a holistic plan to handle the seized excavators and other mining tools.

The Regional Minister said the issuance of concession licenses to prospectors would be shortened and further looked into for the necessary reforms to make it more robust for prospecting.

Touching on the redevelopment of the Takoradi Market Circle, he hinted that it would have a small recycling plant to improve on sanitation and also assured that there would be enough spaces available for all owned shops in the old market.

He urged chiefs in the Region to invest in ventures that would build enough capital to elevate their subjects from poverty, create sustainable jobs, especially for the youth.

The Minister also urged football club owners and teams to understand the business of football to enable them to thrive.

Mr Chris Ben Amoo-Gottfried, Vice President of the Takoradi Sports Club, called on the RCC to look into the decision of operating industrial offices in Accra particularly the oil sector which he noted greatly affected the recruitment of locals.

He said the youth must be supported with skills to be able to take up opportunities in the oil and gas sector.

Mr Amoo-Gottfried recounted how the Metropolis was that industrious with a lot of factories such as paper production, timber processing, tobacco processing and cocoa processing, among others.

The participants raised issues such as the illegal mining menace, decline of football activities in the region, poor road network, human and vehicular congestion and welfare of Cocoa farmers.

They also discussed the revamping of the Sekondi market, land ownership and acquisition, agriculture modernization and support as well as the issuing of a Municipal Bond to raise more capital for high-cost projects.