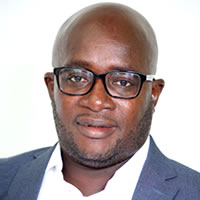 Expansion works on the boundaries of the Takoradi Port will soon commence following an executive instrument signed by the President Nana Akuffo Addo. Subsequent to this, the Ghana Ports and Harbours Authority will commence concession arrangements with industry players for the project to commence.

When complete, the project will include an industrial marine complex that will cover Nkotompo, Essaman and Ekuase areas.

Member of parliament for Sekondi, Andrew Egyapa Mercer, who disclosed this to Skyy News, is confident that this will improve the local economy of Sekondi.

”It is my belief that expanding the ports from Takoradi to Sekondi will bring out significant change in Sekondi because of the numerous opportunities it opens up. In view of this, we have worked assiduously with the support of the GPHA, the Ministry and industry players to realise this vision.

“Thankfully, the president signed the executive instrument to kick start the process. The next step is for GPHA to conclude concession arrangements with industry players and I believe that should be done very soon,” he concluded.