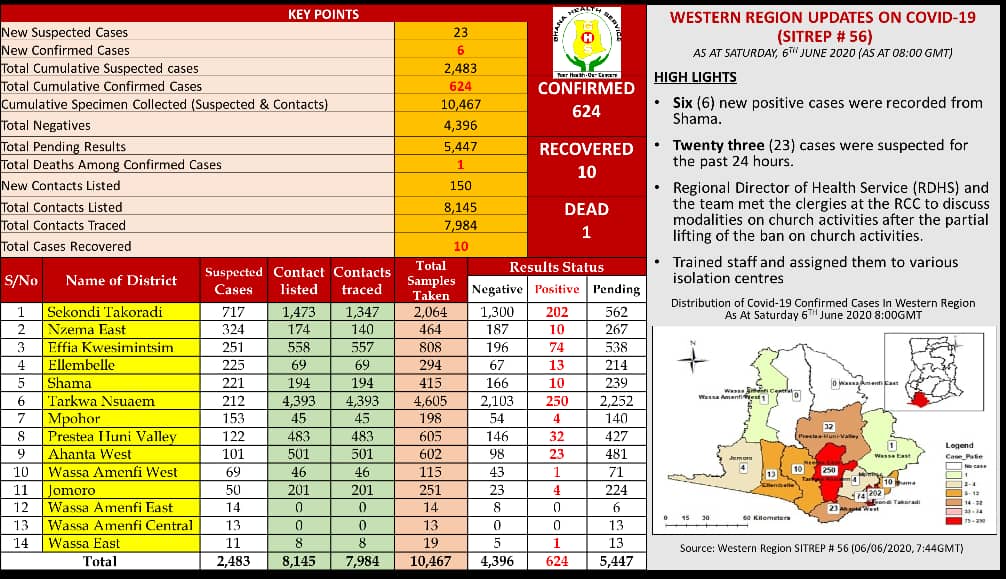 One person has been confirmed dead with total recoveries in the region standing at ten (10).

The six (6) new cases were recorded from the Shama District of the Western Region. The region also has also recorded a total of twenty-three (23) suspected cases of the virus in the past twenty-four hours.

In a related development, following the announcement on the lifting of ban on church services, the Western Region Health Directorate have met with the clergy to discuss modalities of church activities.

Trained health staff have been deployed to various isolation centers. The western region is third on the national list after Greater Accra and the Ashanti regions.