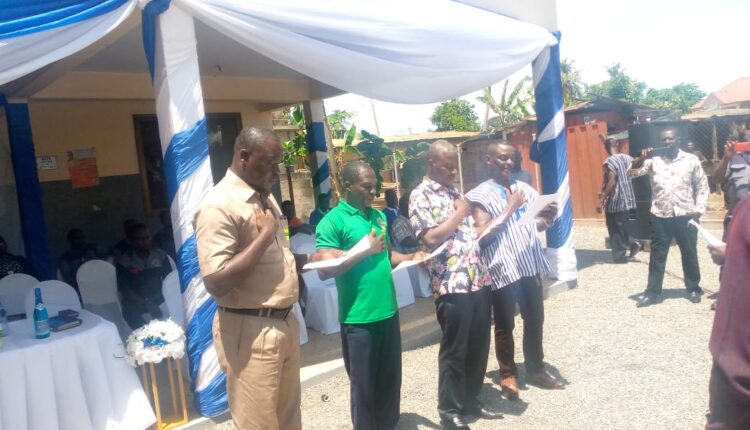 For the first in 21 years, the Western Region Branch of the Ghana National Association of Garages (GNAG) has elected 59-year-old Justice Joe Ayitey as the Chairman of the Association.

The GNAG is the umbrella organization for all small scale automobile repair workshop operators.  It was established and registered with the Registrar General’s Department under the Companies Code of 1963 (ACT 179) on August 13, 1982.  The Association is national in character with branches in all ten regions of Ghana.  It is also a member of the Council of Indigenous Business Associations (CIBA).

Mr Ayitey alongside 3 others for the position of organizer, treasurer and Vice-Chairman went unopposed and they are to run the association for the next 4 years.

Mr Ayitey in his acceptance speech called for unity among members and promised to run an open administration.

He said their prime aim is to make the Western Region branch of the association attractive and help retrieve all properties of the Association that have been illegally taken by some individuals.