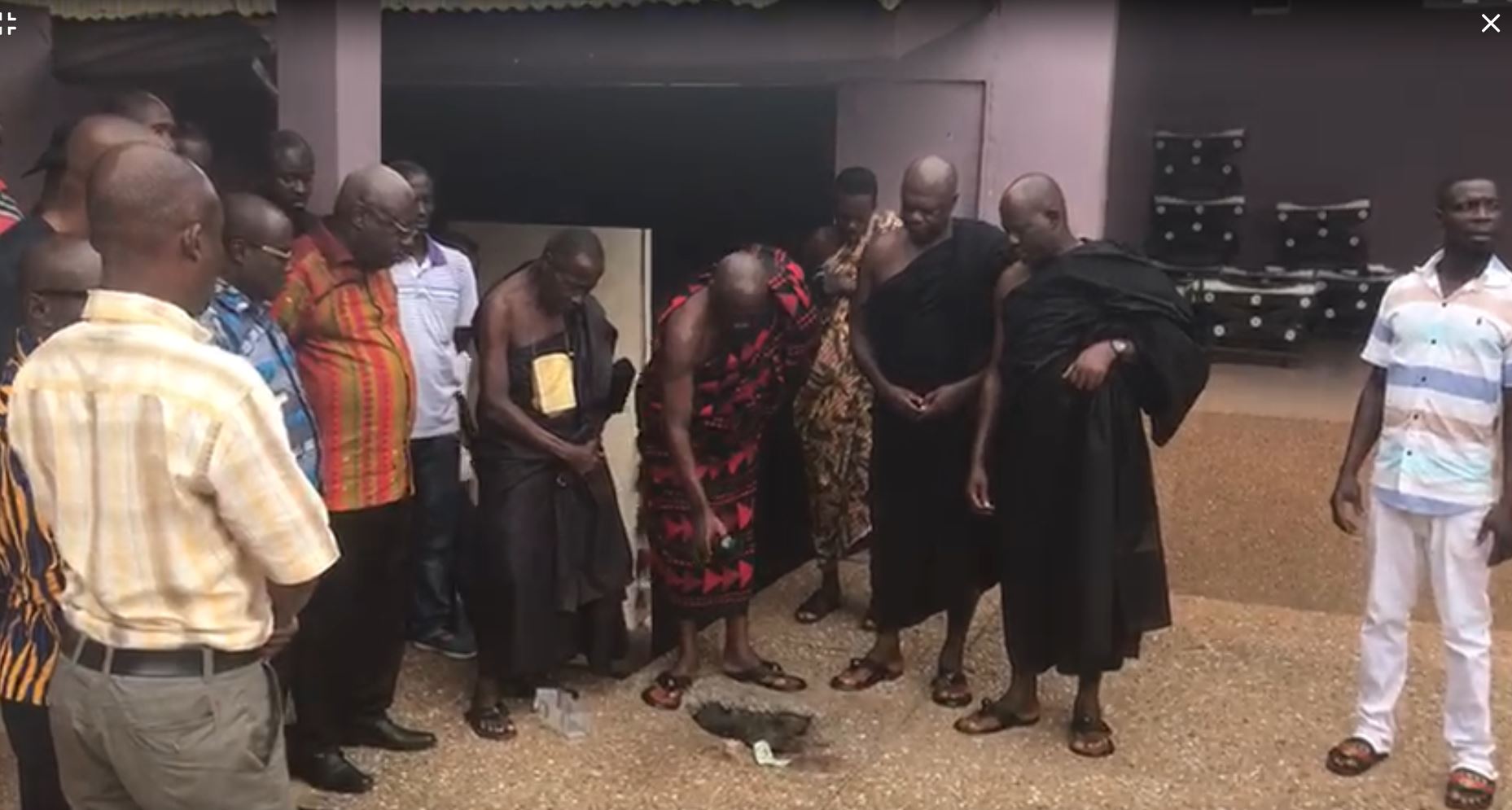 At least for now, the tension that boiled between the Western North Region Minister, Kingsley Aboagye Gyedu and the paramount Chief for Sefwi Wiawso Katakyie Kwasi Bumangama II, has subsided.

Party to the feud, who was cursed by the Sefwi Wiawso Council some weeks ago; the Western North Minister, Kingsley Aboagye Gyedu, was also present to render an unconditional apology to the overlord.

For close to a month now, the two have been battling out differences over allegations of maligning and sabotage of each’s authority- more specifically over the citing of the new administrative block for the Western North Region Coordinating Council.

The Minister in a letter dated 11 June, 2019 and addressed to the Minister for Local Government and Rural Development, Hajia Alima Mahama, accused his Deputy, Alex D. Tettey, among several others that he was “conniving with the Omanhene of Sefwi Wiawso to change the agreed upon site for the RCC without his [Hon. Aboagye Gyedu] knowledge”

This didn’t settle well with the Overlord.

Rumours had it that the Presidency was nearly petitioned to remove Hon. Aboagye Gyedu as Minister for the Western North Region

In a brief with the delegates, Chief Linguist at the Sefwi Wiawso Palace, Okyeame Yaw Berko remarked that “had it not been the respect we [Sefwi Wiawso Traditional Council] had for the president, we wouldn’t have forgiven Aboagye Gyadu so easily”

A libation was pour to pacify the gods and ancestors of the land and to reverse the “curse”, and ultimately to pray for guidance to restore the relations between the two personalities.