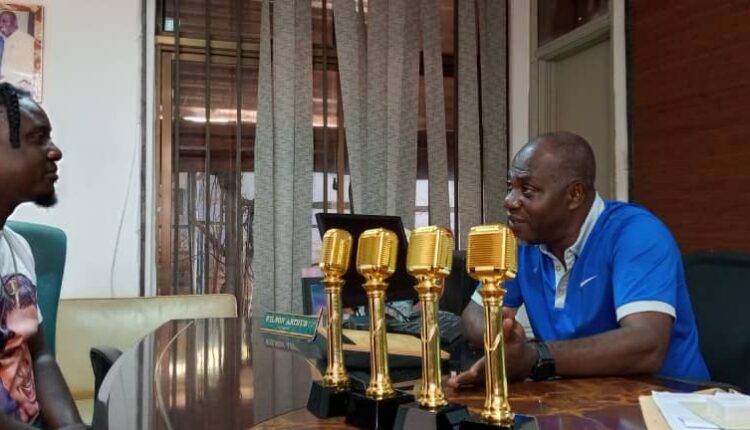 The 2022 Western Music Awards saw 30 artists from the region being awarded for their hard work and creativity.

The colourful event took place at the Best Western Plus Atlantic Hotel in Takoradi on Saturday 20th August, 2022.

The biggest winner of the night, Bismark Amoako, known in the music space as Aya Ramzyb carried four awards on the night including the prestigious Artist Of The Year award.

Aya Ramzyb on Friday, August 26 presented his awards to the Chief Executive Officer (CEO) of Skyy Media Group, Mr Wilson Arthur, in recognition of his contribution and support to the entertainment industry in the Western Region.

Mr Arthur advised Aya and gave him some tips on how he can manage his career to be among the best sighting the likes of Kofi Kinaata, Ambuley and CK Man as an example.

He also advised him on an economic level, on how he can manage his expenses and invest wisely in his music career.

Also, Aya Ramzy B is one of the artists that has been billed to perform at this year’s biggest carnival in Ghana, the Westside Carnival.