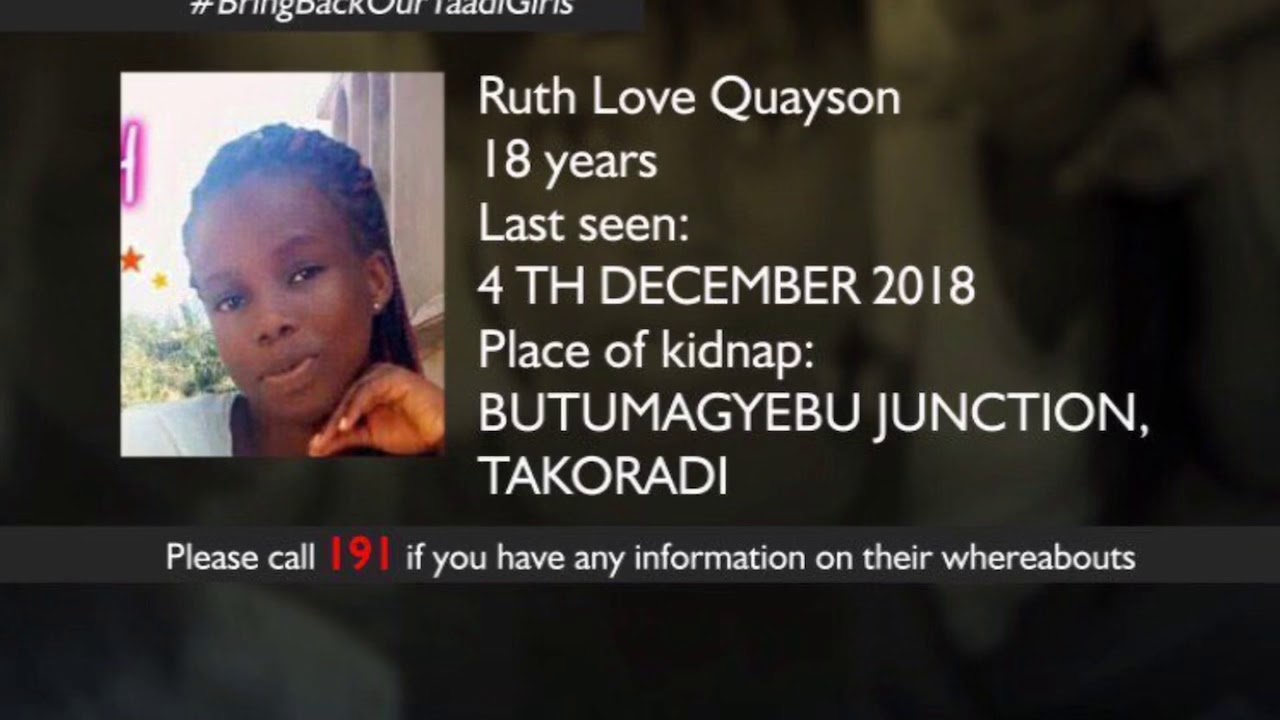 Family of Ruth Love Quayson [second victim of the Takoradi kidnap case], have uttered, with anguish, their objection to any DNA sampling and test to validate results on skulls believed to be that of their sisters.

The family maintained that the police have failed to disclose fully, circumstances leading to the exhumation of the skulls from a septic tank at the premises the suspected kidnapper; Samuel Udoetuk Wills.

Linda Quayson, a sister to the victim, told Skyy News, the police had failed in all attempts to provide any reasonable justifications as to the whereabouts of their relative. She feared the police wants to end the case inconclusively, suspecting that “the skulls might be planted”

She indicated that reports on both the media and from the police have been inconsistent.

““At one point they told us the girls are alive, and then after months of cries for proof of life, a facebook-hack revealed some conversation between the kidnapper and our sisters, then this human bones thing…all to say that our sisters have been dead all that while?” she questioned.

In the meantime, the Police is yet to determine whether or not the retrieved skulls are that of a human. A confirm report on that would enable them prepare for a DNA analysis, from which samples would be needed from relatives [parents] of these victims.

Linda Quayson was sorry to add that both parents are not in a right state of mind to submit to such examination.

“Our father is in abroad, our mother is still traumatised. She couldn’t even sit in the meeting that was held over the weekend with the police. We aren’t ready for any DNA test.

“We don’t believe that story. We’ve not even dreamt about that possibility. We know that our sisters are alive” she said with some belief.