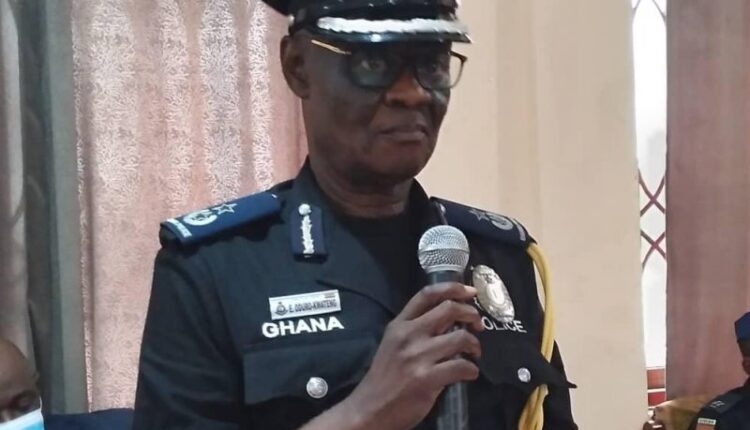 Deputy Commissioner of Police (DCOP), Mr Edward Oduro Kwateng, Volta Regional Police Commander, has disclosed that the Command would continue to adopt and implement strategic initiatives at operational and tactical level to enhance security in the Region.

He said intensive patrols, intelligence-led operations and targeted swoops formed part of the strategies to be adopted to prevent and respond to crime issues in the Region, for maximum protection, secure and peaceful communities.

Mr Kwateng who was speaking at the Command’s maiden edition of meet-the-press, noted that the Command would also cultivate a reliable informant system, arrest and prosecute criminals and get convictions for social deviants through the criminal justice system.

He said the Command would not relent in its efforts to attain the Ghana Police’s vision of becoming a world-class Police Service capable of delivering a planned, democratic, protective and peaceful service up to the standard of international best practices.

The Commander said the Volta region was one of the peaceful regions in the country with six policing demarcations including Keta, Hohoe, Ketu South, Kpando, Ho, and Tongu for effective crime control service delivery.

He said the Command had arrested, prosecuted and convicted appreciable number of criminals this year with some cases pending in court.

DCOP Kwateng said the Command would continue to monitor and engage relevant stakeholders in their containment drive to ensure that the region remained peaceful.

He said the Police was not only interested in arresting and convicting wrongdoers but also to adopt proactive measures that would avert the occurrence of these crimes in the Region.

“In the area of building and sharpening the human resource competencies of our personnel and to ensure they are up to task of combating violence, emerging threats and sophisticated crimes, Police officers in the region have benefited and are still undergoing series of high-risk law enforcement training at the Police Counter Terrorism Enactment and Concentration Camp…”

DCOP Kwateng said the training was yielding positive results as the personnel were able to handle sensitive crime cases, citing the recent raid on some cyber fraudsters, and subsequent conviction of those involved.

He called on the public to support the Service by volunteering information to the police to enable them take quick actions to deal with crime issues.