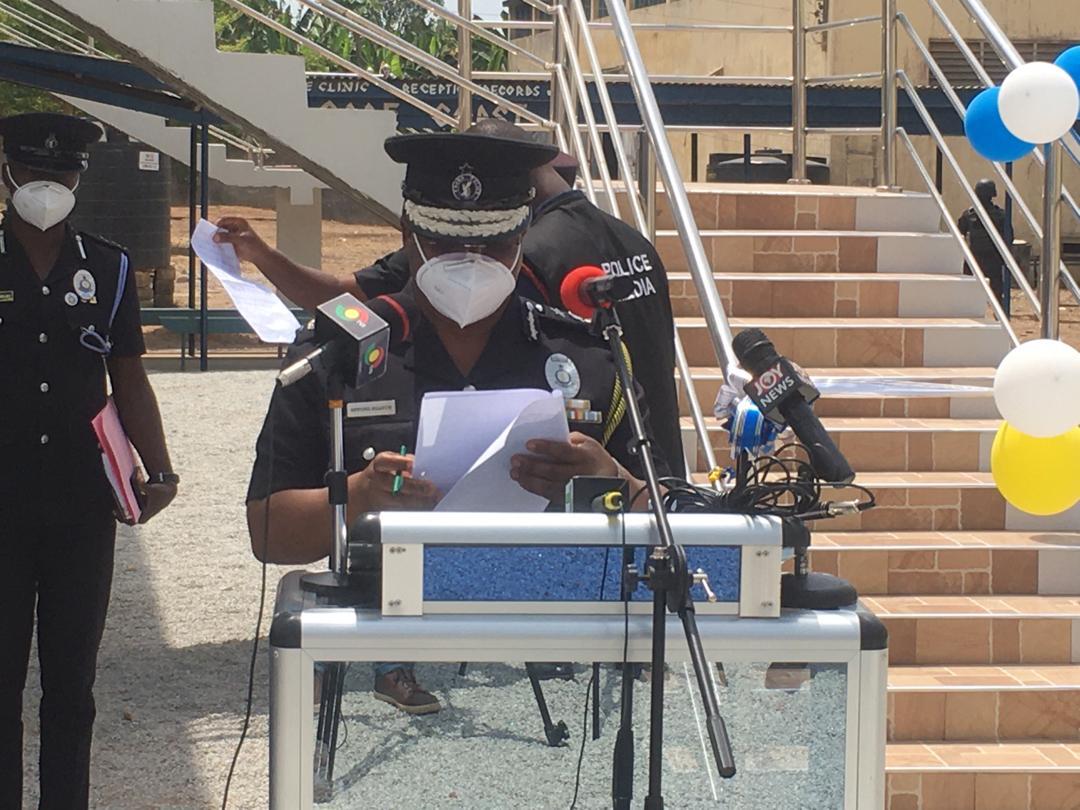 We will clamp down on LGBT+ Practices – IGP

The Inspector-General of Police (IGP), Mr James Oppong-Boanuh, has assured Ghanaians of the Service’s resolve to clamp down on activities of homosexuals (LGBT) and groups endorsing the practice.

“So far as those laws remain in our statute books, we in the police are going to enforce it,” the IGP said and warned that anyone found to have infringed on the laws of the country would be dealt with without fear or favour.

“If the people of Ghana decide that we are going to legitimise and take it off our books, we are okay with it; but until that is done we will ensure that the laws are complied with,” he added.

Mr Oppong-Boanuh, who was speaking at the commissioning of a conference hall for the Central Regional Police Command in Cape Coast, however, urged the police to be circumspect in handling cases that involved the LGBT+ groups.

The facility, initiated by the former Central Regional Commander DCOP Paul Awini, is named after the current IGP.

It was built with support from Gaso Petroleum Limited and benevolent individuals and would create valuable space for meetings, seminars and other activities of the Command.

The IGP cautioned the public to desist from taking the law into their hands in dealing with suspected gays and lesbians.

On the recent suicide cases by police officers, Mr Oppong-Boanuh said the Police Administration had begun consultations with the Ghana Psychology Association to provide services to officers who have psycho-social and emotional challenges.

The IGP encouraged personnel with psycho-social challenges to avail themselves of counselling services to avert possible suicides.

On the alleged assault of a policeman by the District Chief Executive of Ajumako-Enyan-Essiam and others, the IGP said the Service had proceeded with the prosecution of the case on the advice of the Attorney General’s office.

He said the police command would support and protect personnel in the line of duty when they worked within the provisions of the profession.

Mr Oppong-Boanuh appealed to the people of the Region to volunteer valuable information to support the Police to combat crime.

The IGP pledged 200 bags of cement to support the construction of an on-going operations building complex.

The Central Regional Police Commander, Deputy Commissioner of Police (DCOP) Mrs Habiba Twumasi-Sarpong, expressed gratitude to all those who supported the construction of the building.

She appealed for more logistics and facilities for the police in the Region to enable them to discharge their duties effectively.