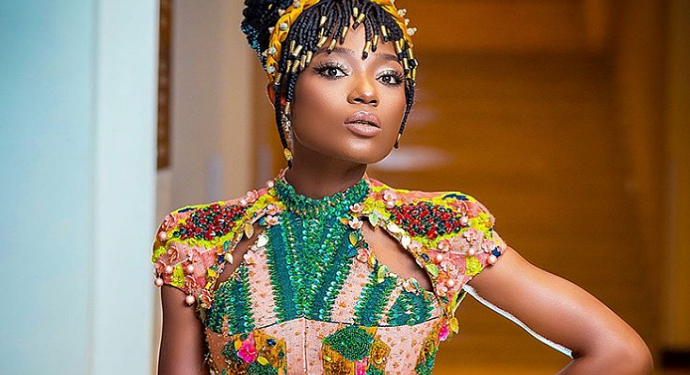 Ghanaian songstress, Efya, has expressed her disgust for rapists and gone wild on them.

This new situation erupted after popular Ghanaian lesbian, Elladeevah Ellios came out to publicly reveal she was allegedly drugged and ganged raped by a group of unknown men at an unknown place for two whole days.

The victim , traumatised by it, called on the general public to come to her aid as she also hinted, she wanted to die.

Efya, reacting to the incident, took to her twitter account to go wild on rapists. The musician utterly pissed, called for all rapists to be castrated .

She pointed no human being regardless their sexuality or what they deem right should be targeted and rapped.

However, some people were insensitive to Elladeevah’s situation and rather made mockery of her because she is a lesbian.

Also, Efya lashed out at those supporting the perpetrators of the crime and warned them to be mute if they can not afford to speak sense to help curb the situation and all rape cases.

Castro to be legally declared dead by court after 7…