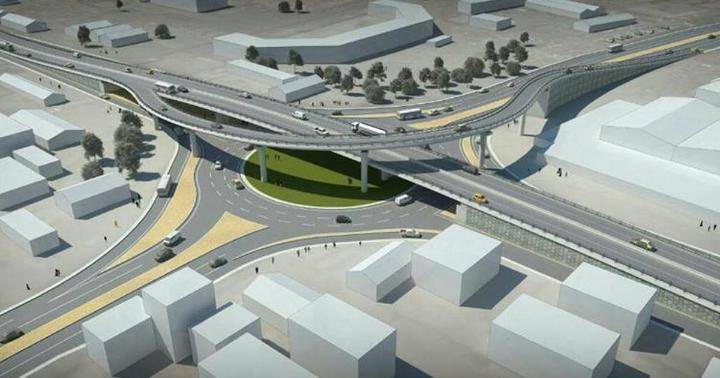 A section of Tanokrom, a suburb of the Sekondi-Takoradi Metropolis will be cleared as shop owners and structure owners along the Takoradi Mall to Pipe Ano road have been advised to vacate.

According to sources, this is due to the construction of the first three-tier interchange in the Western Region which will somehow affect those with structures and those encroaching the “corridors of the road”.

The PTC roundabout is being redeveloped into a three-tier interchange to ease traffic flow considerably and shorten travel time for commuters.

Speaking to the Public Relations Officer (PRO) for Syno-hydro, Mr Emmanuel Dadzie said work is still ongoing on the PTC roundabout and they will move to another section when completed because the project is in stages.”

He also revealed the demolition of shops is the responsibility of Urban Roads Authority and they will determine which shops to demolish and that Syno-hydro has no authority to undertake any demolition exercise.

He said, “Urban Roads Authority are responsible for the demolition exercise along the roadside, not Syno- hydro.”