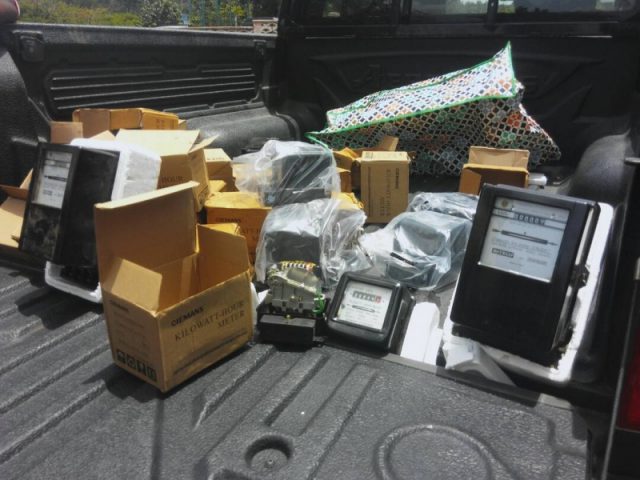 The Member of Parliament for Wassa East, Isaac Adjei Mensah has been accused of contracting an illegal vendor to install electric meters in some rural communities in the area. The District Chief Executive, Wilson Arthur has alleged that hundreds of residents in Subri, and Essaman townships have been lured to pay sums of monies for the illegal exercise spearheaded by the Member of Parliament.

He disclosed that the vendor [name withheld] had earlier called on him to strike a deal so he installs these meters at the households of these residents.

“But I turned him down, threatening to report him if he ever goes around telling people I have granted him the right to transact that exercise”, Wilson Arthur added.

He mentioned that weeks later news broke that the MP has secured some meters to be installed at the communities, “and it was on the same terms that guy offered me.”

Mr. Arthur in his suspicion of the crime being perpetuated reported the issue to the District Police Command. According to him, the Electricity Company of Ghana (ECG) had denied assigning any personnel to install meters in any part of that district under the government’s rural electrification program.

The ECG was alarmed and had initiated an investigation into the matter, Mr Arthur stated.

“It’s embarrassing that a whole MP is endorsing such criminality. And they are looking for them to cause their arrest.”

Mr. Arthur shared that the MP and his political party; NDC, had fueled propaganda against him, claiming he does not want the community to be connected to the national grid.

He however indicated that a proper arrangement has been made through the Energy Commission to raise some 1,200 meters to be installed in those communities.

“I have gotten 1,200 meters from the ECG. And it’s going to be free. It’s just a small fee you pay to the Energy Commission to certify your electrical wiring. I am trying to get them to fix a fee below a hundred so everyone can afford it,” he added.