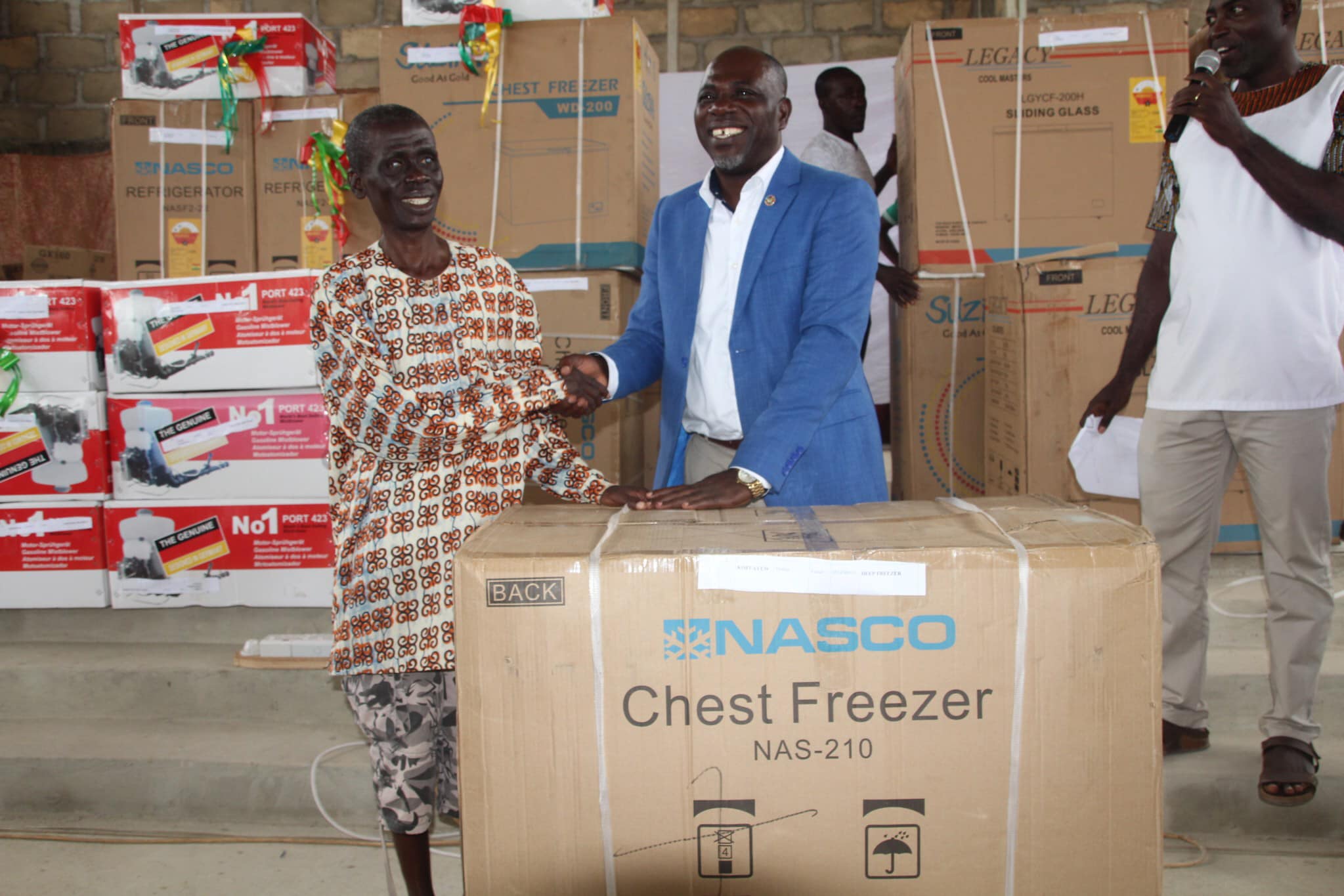 Wassa East District to set up factory for PWDs

An ambitious initiative is being considered by the Wassa East District Assembly to set up a processing factory that would be manned by Persons With Disabilities (PWDs). This initiative, according to the Chief Executive for the District, Hon. Wilson Arthur would be piloted soon, the success of which would enable them formalise the establishment of many others across the district to support the income generating capacities of PWDs.

Speaking exclusively on the sidelines of a Townhall meeting and disbursement exercise yesterday in Atobiase, Hon. Wilson Arthur clarified that the assembly has learnt through a series of proven social support mechanisms, and the desire to implement a more sustainable means of enhancing the socio-economic lives of PWDs, the need to maximise gains from their allocation of the 3 percent District Assembly Common Fund.

“We are looking at a possibility of lumping their resources to set up something like for them. If it is bread making factory…and then you set it up properly for them so that they can get profits from there to buy the things they need.

“We are being innovative it, we are thinking through” he explained.

He however acknowledged that such decisions need to be taken collectively with the leadership of the PWDs.

“If it is successful, we can replicate it in other parts of the district, region and the country at large” he emphasised.

Hon. Wilson Arthur also acknowledged Skyy Media Group’s support through a STAR Ghana Foundation sponsored project, in creating awareness about the fund, “notwithstanding the capacity they have built for the assembly in terms of digitising the register of PWDs in the district to ease the processing of beneficiary requests”

He mentioned that the registration exercise which was facilitated by Skyy Media Group, and based on the lessons, have informed decisions for the adoption of a more decentralised disbursement approach of the fund to PWDs.

The approach he explained is to have a rotational disbursement of among area councils in the district where equity and access could be guaranteed for all.

He mentioned that some savings are being made to create room for more beneficiaries to be supported with this approach.

In all about fifty PWDs  in the Ekutuase Area Council of the District were supported. Beneficiaries were given several items and packages including refrigerators, gas cookers, fufu pounding machines, cocoa spraying machines, and hairdryers among others.