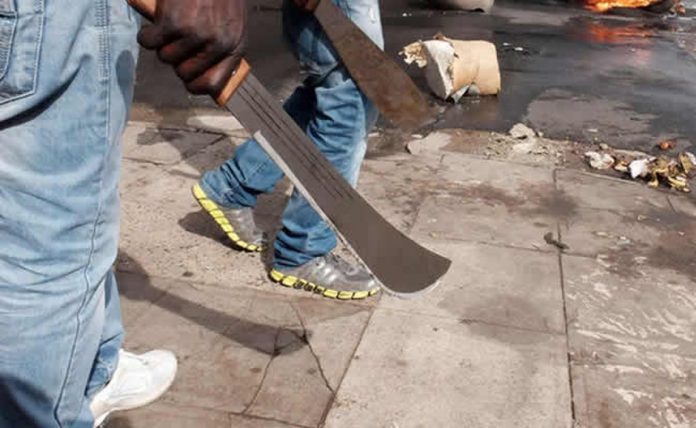 A group of Wassa’s and Ahanta’s have clashed over an alleged chieftaincy dispute in Tumanto, a farming community in the Mpohor District of the Western Region, leaving 4 shot, 1 dead and 3 children missing.

Speaking to an eyewitness in Tumanto, he made it known that there is an issue concerning the chieftaincy in the community.

He disclosed that, the Tumanto community is a mixture of Wassa’s and Ahanta’s which anyone who is qualified to be a chief from any of the tribe will be enstooled. The current chief of Tumanto is an Ahanta which some Wassa’s in the community disagrees and talk against the chief.

However, he explained that, in the late hours of Wednesday morning, July 21, at about 11:00 am, police men came with a van to arrest 3 Wassa men in the community which he had no idea why they were being arrested.

He said, “I was just in the community centre when I saw a group of police men with a van arresting 3 Wassa men. A few moment later, another group of Ahanta macho men came in a with a 207 Benz bus wielding cutlasses and some holding guns, I saw them put 4 Wassa men in their bus, but nobody could question them where they were taking the men to.”

“One of the macho men decided to ease himself, in the process, someone shot a gun and in retaliation, the macho men started to also fire at every different direction of the village leading people to hurtle helter-skelter for their lives.”

The eye witness confirmed 4 people shot, two children, a mother and a Wassa man which one of the victims was confirmed dead at the hospital.

One of the victims who could not find her child after the incident, spoke to Skyy Power 93.5FM and disclosed that some of the children in the community were captured by the men and she has no idea where they are being taken to.

Moreover, the clash led to the burning of a car and a motorcycle in the community which the police were called to the scene to calm the incident.