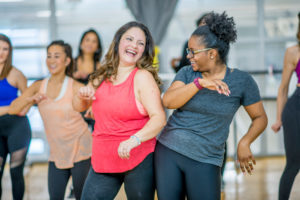 The quest for a better quality of life is a common one. Some people believe if they reach a certain goal, they will finally be satisfied with life. But not being able to achieve these goals may make people feel even worse.

A study in Psychological Science suggests some strategies for happiness may work better than others. The pursuit of a better life need not include endless efforts at self-improvement. Instead, the study says people who make social goals are more likely to have greater happiness a year later.

THE KEY TO HAPPINESS: MORE TIME WITH OTHERS?

In 2014, the study gathered data on 1,178 German adults. Participants were gathered from the nationally representative German Socio-Economic Panel Study.

Then the study asked recruits to list their strategies for a happier future. About half (596) of recruits had no set strategy. Some claimed they could not do anything to improve their lives. Others said something outside of their control—such as a different political climate—would improve their lives.

The other half (582) of recruits provided a specific strategy for greater happiness. Most of those who set goals (398) mentioned an individual goal such as quitting smoking. The remainder (184) said doing something social—spending more time with family or friends or helping others—might make them happier.

Further analysis revealed the group with social goals had increased happiness partially because they socialized more with others during the year. This finding suggests people who want to improve their lives might benefit from focusing on their relationships with others. Setting only self-improvement goals might be no better than setting no goals at all.

The study’s authors emphasize that further research is necessary to assess the long-term effects of goal setting. Future research may measure why some happiness strategies might work better than others.

Therapy can help people achieve their goals, offering a chance at a better life. It can also help nurture relationships and improve social connections.

Consequences of not getting adequate sleep

Takoradi Sub-metro to issue a roster for preachers

MUNCHING ON ONIONS AND GARLIC CAN REDUCE COLORECTAL CANCER RISK, ACCORDING...