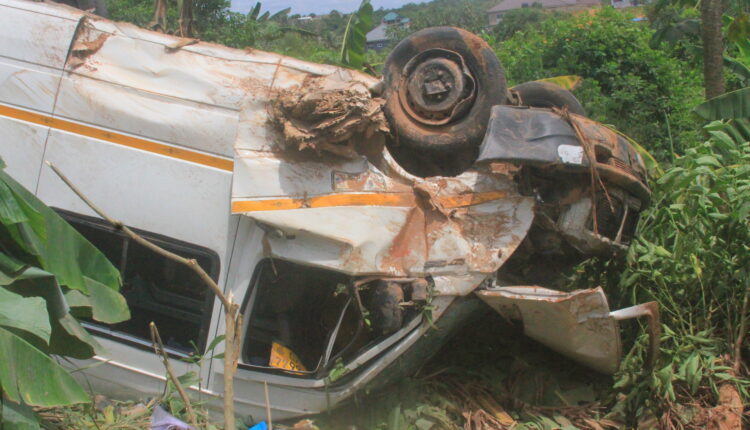 Reports reaching Skyy Power 93.5FM is a gory accident involving a Mercedes Benz Sprinter Bus and a private vehicle at Mpintsin, a suburb of the Sekondi-Takoradi Metropolis which has led to the injury of more than 10 people.

The Sprinter bus was reported to be carrying about 14 passengers and the the private car was being driven by a man who had a child on board.

According to an eye witness, the accident occurred at the Mpintsin Zen filling station. The sprinter bus over turned and the private car was completely totaled in the accident. The injuries are very severe according to the reports and the victims have to been taken to an unknown hospital near by the Mpintsin town. More than 10 passengers are injured including the man and the child who were in the private vehicle.