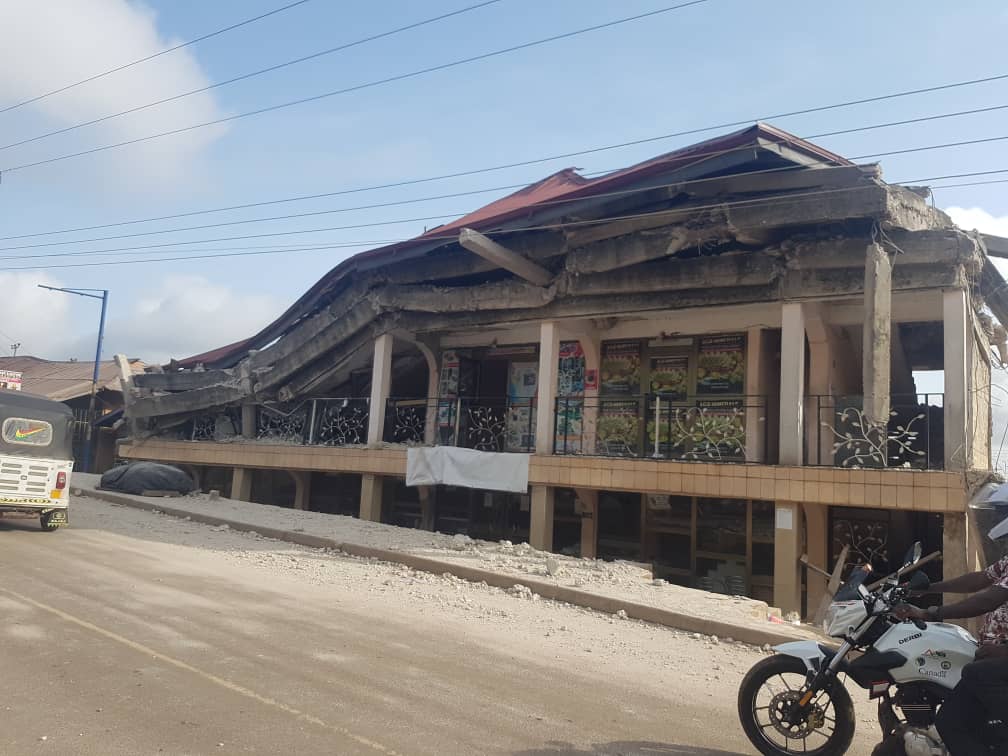 News reaching Skyy News from the Amenfi-West Municipality of the Western Region indicate that a three-storey building has collapsed in Asankragwa. The building, which according to sources, has been rented by leading retailer, Melcom, collapsed yesterday evening around 11pm.

According to our source, the last two floors of the building which are still under construction, collapsed and fell on the first floor, destroying several rooms with the exception of two; a mobile phone shop, and a gold buying office. 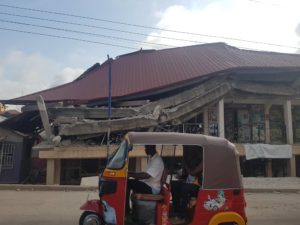 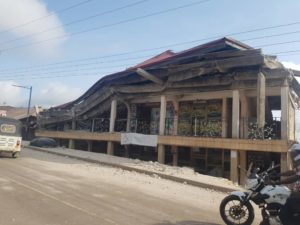 Speaking to skyypowerfm.com, the NADMO Director for the Amenfi West Municipal Assembly, Kissi Osway, said a pillar from the collapsed structure fell on a house close by, injuring a 75-year old man and his 17-years old daughter.

“The man and his family were sleeping when the pillar fell on the house. The 75-years old man was sleeping on the bed, so he got seriously injured. He is currently in a critical condition at the Catholic Hospital in Asankragwa,” Mr. Osway told us.