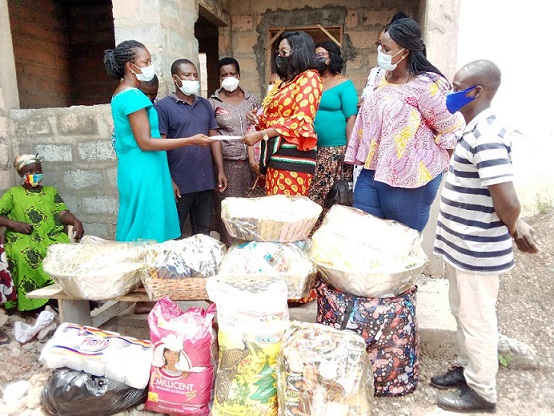 Volta Diaspora Caucus, a Non- Governmental Organisation established to support indigenes of the Volta Region leaving outside the Region, has supported Mr and Mrs Somexie, a couple who lost four children to a domestic fire incident in December, 2020. 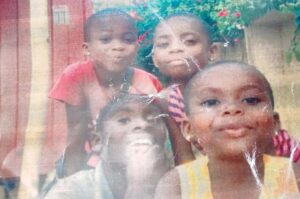 Executives of the Organisation donated items including bags of rice, cooking oil, tin fish, toiletries, cloths, dresses, food stuff, household items and cash to the couple at Kubekrom Number One, a suburb of Katamanso, in the Greater Accra Region.

Madam Dzifa Atsivor, National Coordinator, Volta Diaspora Caucus, said “we shared their story with members of the Caucus and they came out willingly, out of love, to donate in cash and in kind to support the couple.

“The items together with cash given to support our dear brethren in such difficulty are estimated at Ghc7000,” she said.

Madam Atsivor said the support was to assure them that hope was not lost and that they should put their trust God.

She said the group would continue to extend its arm of love and support to the couple and all Voltarians living outside the Region and in need.

“We are there for each other, in unity we are strong,” she said.

Madam Lydia Angel Nutakor, Chairperson, Greater Accra, Volta Diaspora Caucus, said the Organisation served as home away from home to share love, care and support for all Voltarians leaving outside.

She appealed to individuals and corporate Ghana to support the couple to reorganise and to put their life together.

Mr Seth Somexie, a Steel Bender, under whose care the four children got burnt on December 3, 2020, said he lost all his three children including his brother-in-law’s son who had come to spend holidays with them at Batsona, where they lived before the incident.

He said his children, Joyce and Joycelyn twins, aged seven, in class two and the little one, Mary, 4, in Kindergarten one and his brother-in-law’s son, Enoch Gavor, 12, were all burnt to ashes at about 2000hours on the day of the incident.

Mr Somexie said the incident happened at Batsona, near Tempo Gates Estate, where they lived in a wooden structure.

Mrs Abigail Somexie, said she asked the elderly boy and the twins to go home to take their bath and sleep.

She said, she later went with the last born, Mary and put her to sleep and returned to sell in her provision shop, some few metres away from the house.

Mrs Somexie said on her way home after work, she saw her house in flames, “I couldn’t believe my eyes, I asked of my children and was told they had been trapped in the fire,” she added, in tears.

The couple expressed gratitude to the Volta Diaspora Caucus and Madam Atsivor for the “unexpected gesture.”