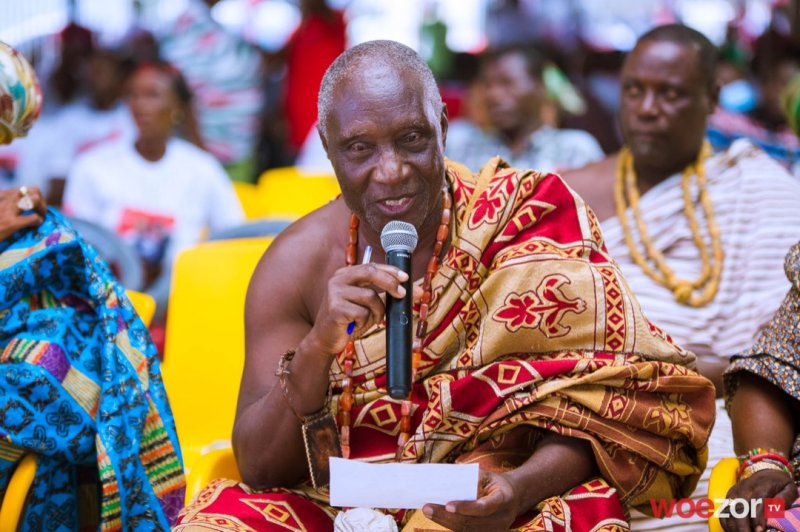 Chiefs and leaders of farmer-based organisations from the Tongu areas in the Volta region have appealed for the revamp and expansion of the Aveyime and Fieve Rice projects in the Region.

The chiefs made the appeal when they called on Dr Owusu Afriyie Akoto, Minister of Food and Agriculture to congratulate him on his re-appointment.
Togbega Nakakpo Dugbaza VIII, Paramount Chief of Tefle Traditional Area and leader of the delegation, commended the Minister for efforts at improving Agriculture in the country and said the rice projects located in the South and North Tongu Districts, needed attention to grow the local economy.
He said the “Planting for food and jobs” agenda initiated by the Government had won the admiration of Ghanaians, particularly people of the Volta and called for more of such initiatives to create jobs for young people and ensure food security.
Togbe Dugbaza said the Volta region was blessed with massive land resources for food crop production especially rice, maize, cassava and vegetables and asked the Minister to help to woo investors to explore the opportunities.
Dr Afriyie Akoto, thanked them for the visit and said the Volta Region was a beneficiary of Government’s “Planting for Food and Jobs” initiative because the farmers had exhibited high level of participation towards the project.
He said Agricultural production in the Region was peculiar and accounted for the high production of other food crops aside grains and stated Government’s commitment to improving Agriculture there.
“I was re-appointed just recently and yet you are the first to pay me a visit.
As such, in case any form of assistance is initiated, you will equally be the first on my mind to receive your share.
Feel free to engage me through various means in case you have any need so that we will all brainstorm to make Agriculture in Ghana successful,” the Minister said.
GNA
Volta ChiefsVolta Region
You might also like
News