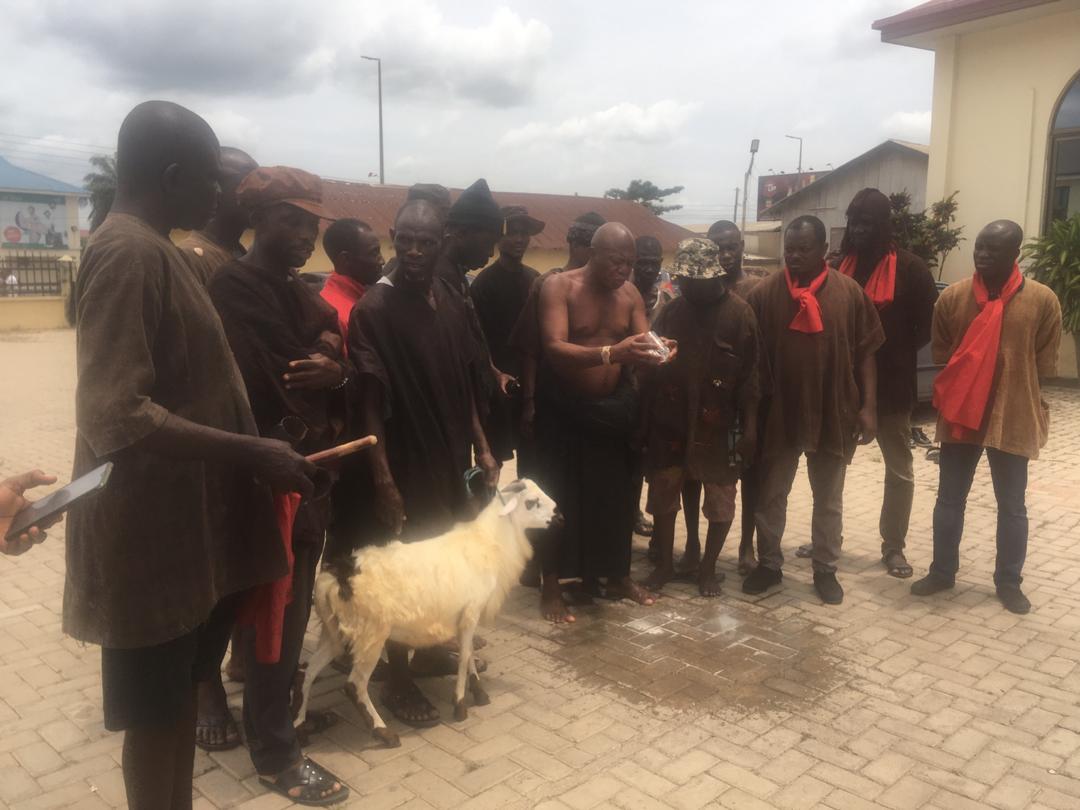 The Youth of Asogli Traditional area have cursed that the ancestors and gods of the land deal with any person behind the recent terror attacks by the separatist group; Western Togoland, in the Volta Region.

The group took schnapps and a sheep which they sacrificed, to invoke the curses.

Convenor for the group, Nutifafa Degbor said it is high time the gods of the land intervene and deliver justice for the people. He charged that, the recent disturbances begun with the Homeland Study Group, which is led by Charles Kormi Kudzordzi, who is popularly known as Papavi, and as such blame could be apportioned to him for these developments.

He noted that it would be right for him and his group to come out to prove their innocence in the matter.

“The Homeland Study group should come clean and join them to fight against the true persons behind the destruction.”