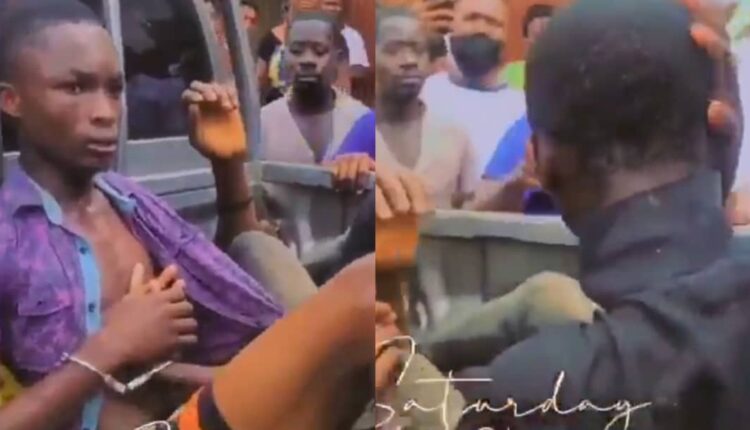 Information reaching Skyy Power 93.5Fm is that, two teenage boys have been arrested on Saturday, April 3, 2021 at Lamptey Mills, Kasoa, in the Central Region for allegedly murdering a 10 year old boy for money rituals.

The boys were nearly lynched by a mob in Kasoa but were saved by the swift intervention of the Kasoa Divisional Police which further attracted a massive crowd at the scene.

Also, it was reported that the victims ear was cut off by the two boys.