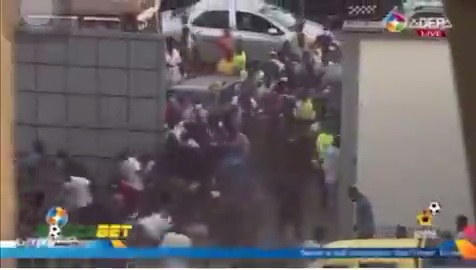 During the just ended Premier League football match between Accra Great Olympics and Accra Hearts of Oak on Sunday, June 6, a quite number of fans were spotted breaking through the Accra Sports Stadium’s gate nearly causing a stampede.

The situation at the stadium raised some concerns from citizens about the May 9 disaster some 10 years ago at the  Ohene Djan Stadium in Accra. It took the lives of 126 people, making it the worst stadium disaster to have ever taken place in Africa.

As this was a near disaster according to the scenes, some Ghanaians have cautioned football fans to be careful and not repeat the May 9, disaster.