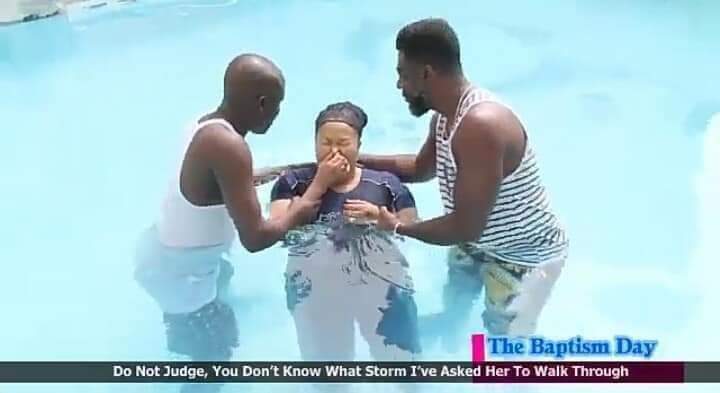 Widely known fetish priestess, Nana Agradaa has been baptised in a swimming confirming her transformation from Traditional religion to Christianity.

In a video, Nana Agradaa was seen held by two men who immersed her into the pool as she will finally start
her ministries as Evangelist Patricia Oduro Koranteng.

The two men are believed to be her husband Eric Oduro Koranteng and Pastor Kyereh.

Nana Agradaa on Thursday, April 29, 2021 burned down her gods after she announced her change to Christianity.

Nana Agradaa officially known as Patricia Oduro Koranteng in a press conference announced that she is a born again and therefore has accepted Jesus Christ as his personal lord and saviour distancing herself from her gods and the “sika gari” business.