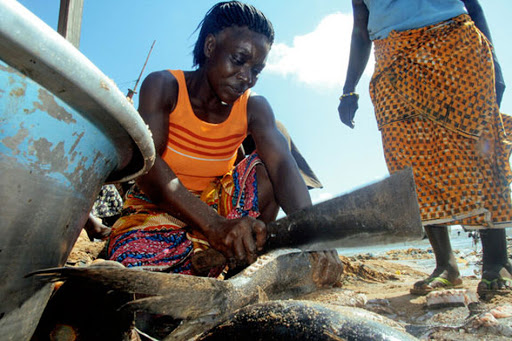 It was on Sunday, April 4, 2021 when news broke out that, dolphins have been washed up on the shores of Axim beach. The number of dolphins washed up were in the hundreds and looking at the situation, it seem something might have gone wrong in the sea which has caused the mass of death of the sea creatures.

Information on the cause of death of these dolphins is unknown as research is still being carried out by the authorities responsible. Per suggestion by expects and fisherfolks, they think it may be due to toxicity in the water or the dolphins have been poisoned through a kind of food they have consumes.

It is advised that nobody should consume the dolphins since it may be poisonous but per details uncovered in a video by Citi TV news, Axim locals are already smoking the fish and preparing it for the market.