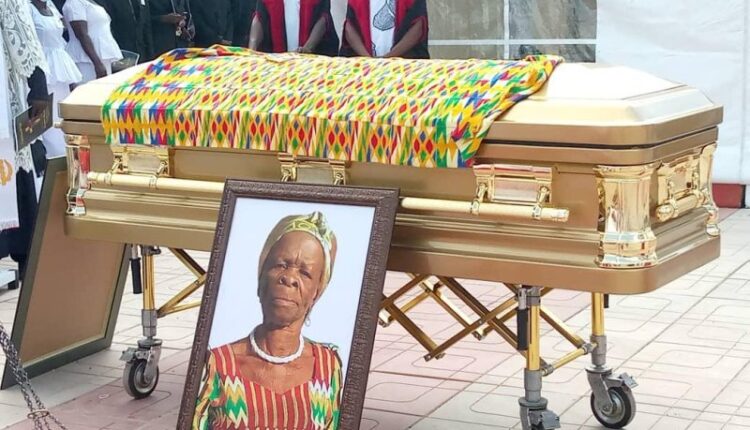 The late Mother of Ogyeahohoo Yaw Gyebi II, Paramount Chief of Sefwi Anhwiaso Traditional Area and President of the National House of Chiefs was laid to rest at Sefwi-Anhwiaso in the Western North Region.

The late mother, Obaapanin Adwoa Ahyiah died on Sunday, March 01, 2020, at Divine Hospital in Bibiani after a short illness at age 95.

Vice President, Dr. Mahamudu Bawumia led a Government delegation to join hundreds of mourners to pay their last respect to the late mother of the Omanhene.

Some Metropolitan, Municipal, and District Chief Executives (MMDCEs), as well as Regional Executives of the NPP, were also present.

The atmosphere at the funeral grounds was charged with drumming and dancing as people filed past the body of the late Adwoa Ahyiah to pay their last respect.