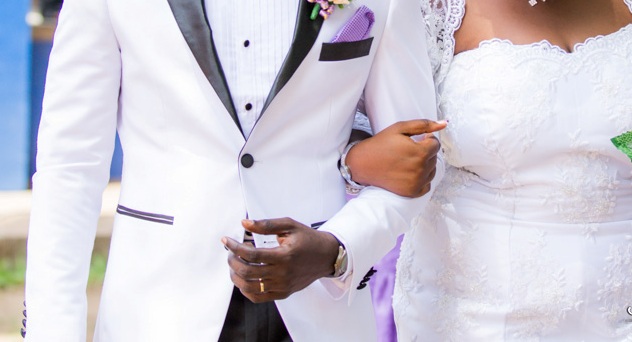 Many Ghanaian ladies say how nice their future husband’s surname sounds will influence their decision to adopt it after marriage, according to a Ghana News Agency sampling.

A few others also said they would not want to completely discard their maiden names and would rather opt for double-barrelling.

A double-barrelled name comes about when two different family names are joined together, usually after a marriage. The term ‘double-barrelled name’ first became popular in England’s Victorian times referring to two-part last names but has since been narrowed down to ‘surnames’.

A sampling conducted with the Ghana News Agency on Thursday, the ladies said that notwithstanding, a man’s surname, whether it sounded “nice” or not, would not deter them from settling with him provided they were in love.

Miss Monica Cudjoe, a National Service Personnel, said she was not obliged to take up her husband’s surname after marriage, adding that, her future husband should be able to understand and accept her decision.

“I have a nice surname and would not want to take up my husband’s name if it does not equally sound nice. I am a Fante and I find Fante surnames to be very nice. Names like Harrison, Yankson, and all those Fante names ending with ‘son’ are nice names. Double-barrelling won’t be a bad option either,” she elaborated.

She said the surname of a man would however not be a criteria for accepting marriage proposals since what really mattered was the love they had for each other.

Miss Lawrenda Martison said she would not think twice about using her man’s surname after marriage, due to the love and care the man showered on her.

For her, using her husband’s surname was her reward to him for making her feel loved and treating her properly as a woman.

“My fiancé is one in a million and treats me well. He provides all my needs and gives me all the love and attention I deserve and gives me good sex. Even if he does not end up marrying me, I will still chase him wherever he goes,” she emphasised with excitement.

Ms Hamdiatu Ibrahim, a student at the Accra Technical University, said the stressful procedure involved in adopting one’s husband’s surname after marriage was a major deterring factor, as such, she would prefer to keep her maiden name.

Just like other ladies, she said if she were to do away with her birth name for her husband’s surname, it would mean that the man’s name sounded “nice” and worth adopting.