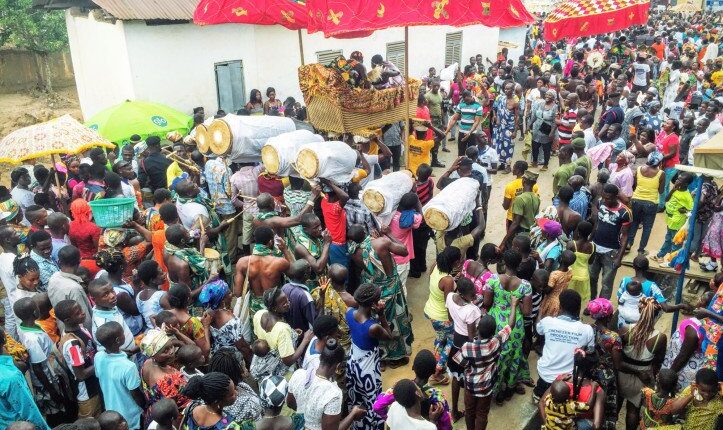 The Kundum Traditional Festival is the biggest event in the calendar of the Nzema’s with rich culture and tradition that binds them together.

Speaking at the launch, the Chairman of the Planning Committee for Axim Kundum, Nana Nkwantabisa said this year’s festival will be unique.

They are looking forward to attracting investors to set up businesses to create employment and to get more infrastructure in the area after the festivities.

“We are celebrating this years Kundum festival to promote development on our land and bring investors as well, development that will benefit all the people in our Nzema areas.”

“Through Kundum, we have been able to established to surgical theatres, and operation ward and auxilliary offices as well.”

The Nzema East Municipal Chief Executive (MCE), Mrs. Dorcus Elizabeth Amoah also spoke to the media at the sidelines of the event saying, “People expect alot from the assembly because we form the local government, but I believe with some education, people can be made aware that some things are to be done by themselves such as cleaning their environment.”