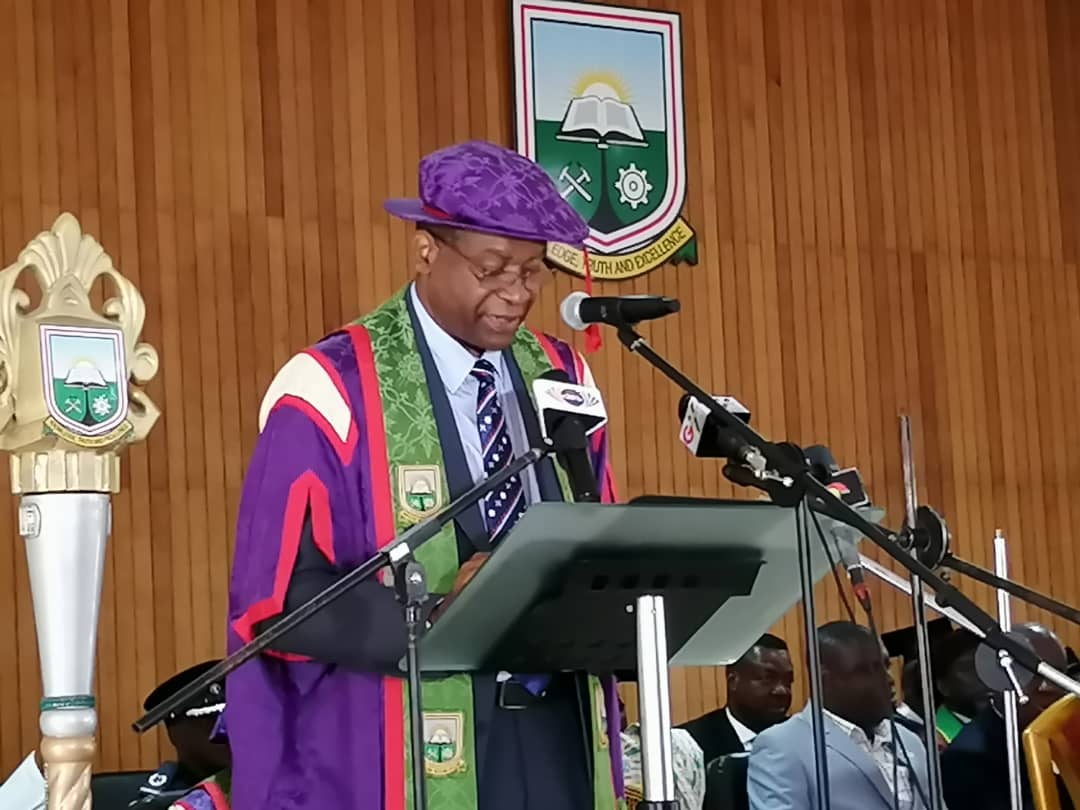 The University of Mines and Technology (UMaT), Tarkwa, has since 2016/2017 academic year, seen no upward adjustment in its fees schedule, a situation which has had a toll on the university’s capacity to meets its financial obligations, Vice Chancellor Professor J.S.Y Kuma has disclosed.

Prof. J.S.Y Kuma in his address at the 11th Congregation of the University of Mines and Technology on Saturday 27 July, 2019, bemoaned the widening funding gap between government’s support and the university’s internally generated fund.

According to him “insufficient funding continues to be a major challenge for this university as far as teaching, research and learning are concerned. There is always a large funding gap between what Government support the University with and what we generate from the collection of Academic Facility User Fees”

He therefore appeal to government to as a matter of need, approve its fee schedule for the 2019/2020 academic year on time, to enable the university meet its obligation.

“I would appeal to government through the Minister of Education to help us get Parliament to approve 2019/2020 fees schedule on time. Since 2016/2017 academic year, fees of students have not been approved for upward adjustment” Prof J.S.Y Kuma reiterated.

Providing justifications for this claim, Prof. J.S.Y Kuma noted that the Academic Facility User Fee for first year and continuing regular students of the university has since 2016 remained at GHC534.44 and GHC378.95, respectively for each academic year.

He stressed that management of the university have to utilize this relatively small amount given the unfavourable economic variations to pay off their subscriptions to international journals and research repositories, fulfill their commitments to academic and institutional bodies globally, undertake repairs and maintenance of vehicles, fuel and other cost for staff travels, stationary and other consumables.

Last year, on a similar congregation, the Chancellor for the University, His Excellency, Former President John Agyekum Kuffour called on government to consider approving an upward adjustment for the Academic User Fees of students in all public universities including UMaT, to enable them continue delivering on their mandate of providing quality education.

“Regrettably, to date, there has been no increase in this facility user fees since the past three years, and this is particularly hurting the finances of the smaller universities like UMaT” he cried as he delivered his speech at the 11th Congregation of UMaT.

In view of this, the Chancellor urged government to prioritise and differentiate policy actions, any increase approved on facility user fees, such that smaller but economically strategic universities would be productive and sustained.

“A differentiation in the implementation of the facility user fees increase in favour of such smaller but economically strategic universities, would be productive and welcome” he noted.

Responding in a rather assuring manner, Deputy Minister of Education, Gifty Twum Ampofo stated that parliament shall take responsive decision on the long awaited fee schedule before the assumption of the next academic year.

“I am aware of concerns within the university community, on the matter of academic user fees which have not been increased for three years. I wish to state that this has primary been due to the new procedure for approval of these fees by parliament. Honourable VC, your message will be carried and I am also going to empahsise that Minister is always in parliament to ensure that this is approved before the beginning of this academic year” she emphasized.