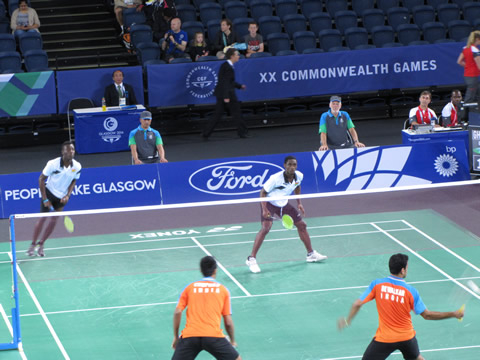 The duo; Kevin Alphous and Prospera Nantuo would participate in the Men’s Singles, Women’s Singles, and Mixed Doubles events on Thursday, February 25.

The two Mixed Doubles National Champions began their practice on Wednesday, evening at the Limpopo Stadium, Kampala ahead of their matches.

In all, 16 countries are participating in the Individual Badminton Championship, with 96 international players.

The Championship would give the athletes the necessary points for their 2020 Tokyo Olympic Games and 2022 Commonwealth Games Qualifiers.

Speaking to the GNA Sports, the team said they would return home with gold medals since they had prepared adequately for the competition.

The championship would also serve as preparatory grounds for the African Mixed Team Event in April 2021.