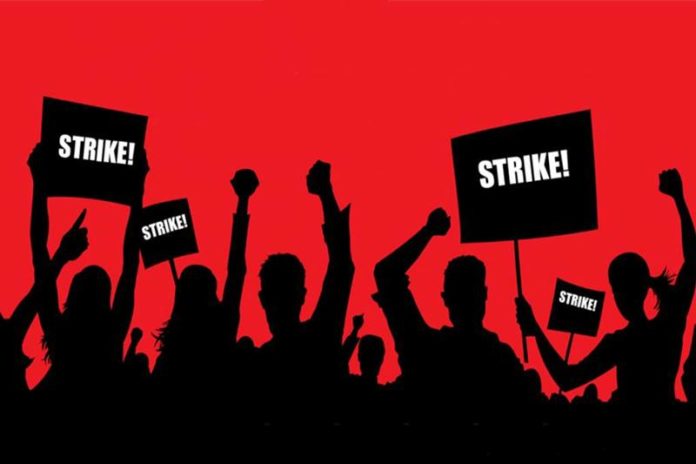 The Technical University Senior Administrators Association of Ghana (TUSAAG) says it will remain on strike until it’s grievances are addressed by government.

While TUTAG has called off it’s industrial action after a successful meeting with the Fair Wages and Salaries Commission (FWSC) and the National Labour Commission (NLC) on Monday. The FWSC, while expressing its displeasure with TUAAG’s approach to seeking redress, stated it was still committed to addressing TUAAG’s concerns.

TUSAAG however, in a statement released earlier today says it’s concerns remain unaddressed and as such it remains on strike.

”TUSAAG is NOT in any haste to jump into merry making just because the NLC has ruled on or addressed the concerns raised by TUTAG. That ruling is clearly TUTAG -specific and cannot be misconstrued or generalized to be addressing similar or different concerns raised by TUSAAG regarding the migration. We do not want to be caught ball watching at this stage, or be tricked into believing that once TUTAG has been heard, our concerns have automatically been dealt with” the statement said.

The statement further stated that the leadership of TUSAAG; the National Executive Executive Council, wants an official response regarding their fate.

”TUSAAG NEC insists that there is need to seek for an official response regarding our fate, and shall pursue same, so that we would be clear in our minds of what is due us before the implementation period”.

Meanwhile, the College of Vice Chancellors of Technical Universities and Council Chairperson’s, as well as the National Labour Commission have invited the leadership of TUSAAG for two separate meetings on Tuesday and Wednesday respectively, regarding the industrial action.

I’ll win by simple majority, the delegates believe in me- Incumbent...

”#SexForGrades saga : there are people behind attempts to embarrass me”...