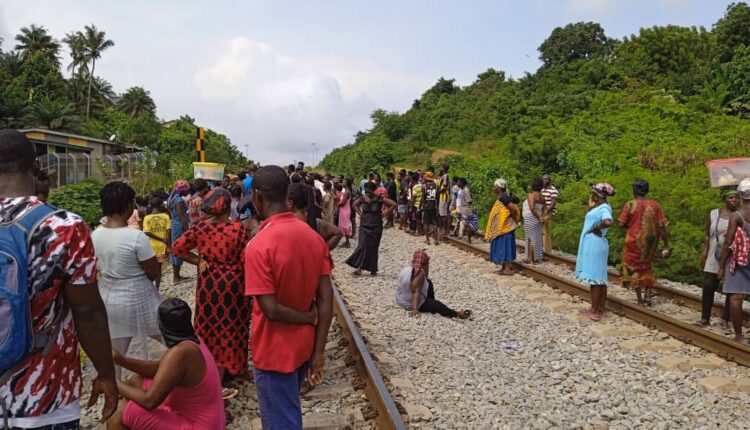 A 22-year-old second-year student of the Takoradi Technical Institute (TTI), Stephen Duku, has been knocked down to death by a train in Nkotompo, a suburb of Sekondi in the Sekondi-Takoradi Metropolis.

Speaking to an eye witness who is also a friend of the deceased said, ”Around 7:30 am on Tuesday, October 26, 2021, I received a call and was informed that someone has been hit by a train, I rushed to the scene and was shocked to realise who it was.”

The witness revealed that the deceased had a bit of a hearing problem so he may not have heard the train approaching.

He indicated the body of Stephen has since been conveyed to the mortuary for preservation by the Marine Police.