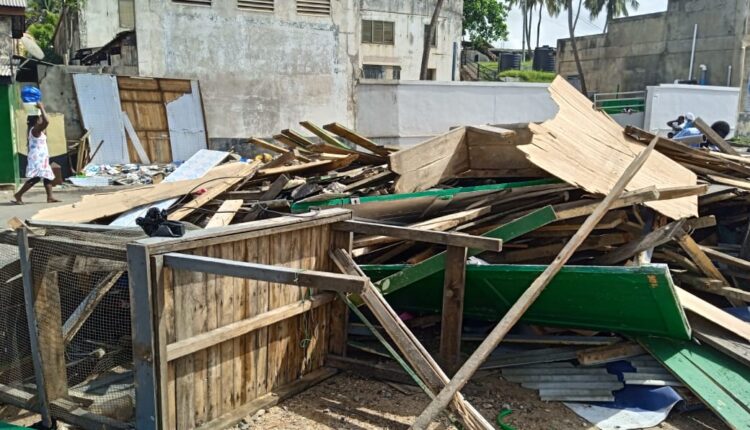 An Articulator truck has rammed into a family of five in Sekondi, at the Enamase area at about 3:00 AM on Tuesday, May 17.

According to the Assemblyman who spoke to Skyy News, Mr Baba Salami indicated the family from Shama does their business in Sekondi and they own a mini supermarket at the location.

As they were preparing for the day’s work whiles they were inside their shop, the vehicle rammed through destroying two (2) other shops in addition, totalling 3 shops.

The victims were two children whose ages were estimated to be 3 and 5 years, and a high school female student who is also believed to be 16 years old.

The victims were all admitted to the Effia-Nkwanta Regional Hospital in Sekondi including the driver of the truck. The two children and the teenager were discharged as their injuries were minor.

The two adult female victims are still admitted to the hospital since their conditions are critical.