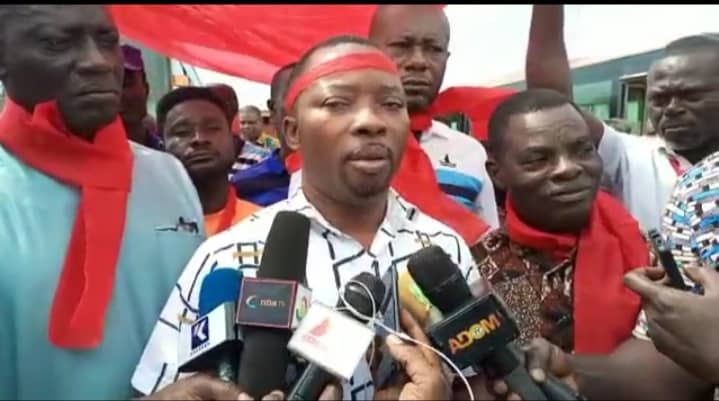 Transport operators in Sekondi-Takoradi to embark on strike on Thursday

The Aggrieved Transport Operators in the Sekondi-Takoradi Metropolis in the Western Region including GPRTU and MMTL will tomorrow embark on a sit-down strike as part of measures to compel the STMA to revoke the permit issued to Bimbisala Cooperative.

Addressing the media on Monday at the Metro Mass Transit terminal Mr David Tei Tekutey who is the regional manager for (MMTL) said that the STMA must do that with immediate effect.

He noted that “there have been various attempts to forcefully allow Bimbisala/VIP Jeoun to operate at the already congested terminal. The latest of such attempts was during a meeting on September 7 2022 held at the office of the Regional Police Command with us the aggrieved transport operators to allow Bimbisala/VIP Jeoun to operate from the already congested terminal, with the claim that the permit issued by the STMA cannot be revoked.”

The group says the STMA has refused to heed their concerns after a series of meetings and press conferences organized.

According to the leadership of the aggrieved transport operators, the decision holds until the STMA is ready to reach a consensus with them.