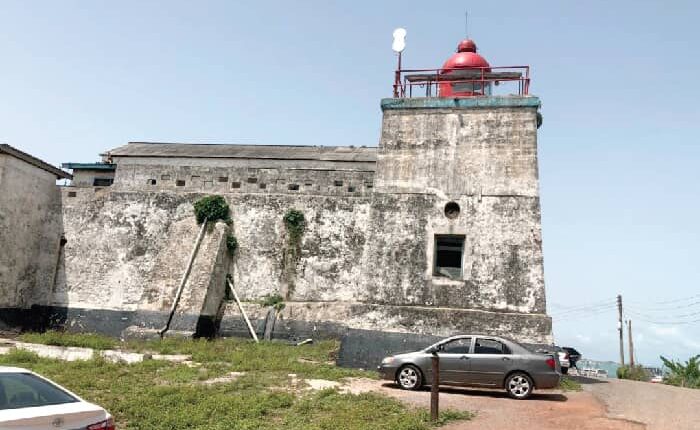 The Western Region has many tourist sites that need to be harnessed and well packaged to attract both domestic and international tourists.

As the world prepares to live with COVID-19 or find a solution to the pandemic, and holidaymakers brace to follow safety protocols to criss-cross the globe, the country’s tourism industry needs to also position itself to grab its share of tourists.

However, although Sekondi-Takoradi, the administrative capital, and other parts of the Western Region have many sites that are worth exploring by tourists, majority of these sites are crying for development attention so they can be placed on the world tourism map.

The region boasts of rock sanctuaries, forts along the coast, an island, stilt village on the river Nzulezu, rubber, cocoa, old buildings, Nkrumah’s burial place at Nkroful, a railway industry with so much history, power enclave at Aboadze and palm plantations among others which have rich stories yet untold.

Statistics have shown that from $979-billion revenue in 2010, the tourism industry proceeded to generate more than $1.48 trillion in 2019 before COVID-19.

The trillion-dollar industry no doubt is important and a fundamental source of income for many countries.

Therefore, as the interest in the country grows, there is the need to develop touristic sites in the region to attract more people as the world gradually embraces the new way of life, which is observing prescribed safety protocols wherever one goes.

Here in the region, there are several historical buildings with unique characteristics that when properly kept and the stories behind them inscribed, could generate interest in tourists.

The fact is, many people eat chocolate, use the end products of gold, manganese, palm and rubber but they do not know how these crops are nursed, transplanted and taken care of until they start bearing fruits.

The region was instrumental in the fight for independence, but the stories of personalities such as Paa Grant, Kpobi Binny, Nana Nketsia IV, Dr Kwame Nkrumah, historic burial grounds in Axim, railway workers and buildings are yet to receive attention.

There are also historic places such as Cape Three Points, forts and other relics along the coast with rich natural rural settlements which provide ambience for today’s child born in the city who does not know anything about rural life to visit and learn.

Forest Reserve and first Standard West African Bank building which have all been left unattended to.

It is sad to say that Fort Orange, built as a trading post by the Dutch in the Gold Coast in 1642, has been tampered with; the Ghana Ports and Harbours Authority has turned part of it into a residential facility and a lighthouse.

The exterior of the fort has been taken over by weeds, which has next to it the First Standard West African Bank building, a beautiful structure left at the mercy of the weather with part of it turned into a warehouse for oil and fishing gear, and the floor and the roofing caving in.

The walls have deep cracks and a giant tree is growing in between the walls as other historical buildings next to it have also been tampered with — part of it has been converted into a residential facility.

If we took tourism seriously, these structures would not be left to rot. Museums and historical places across the world such as the Dome in Amsterdam, Picasso Museum, Mandela and Apartheid Museums in South Africa were consciously developed into tourism sites.

These buildings in the Western Region and other parts of the country have richer and better stories than other countries and must be highly protected and kept for tourists.

At the museums in South Africa and other parts of the world, no tourist enters without buying souvenirs: branded T-shirts of Mandela, the city, pencils, books among others that provide jobs for thousands of tour guides, officers and security details.

As the new Tourism minister enters the space, one of the most important things to pay attention to should be the development of untapped tourism potentials in the Western Region.

As a result of the Port of Takoradi, Sekondi-Takoradi receives a lot of tourists on board cruise ships, but unfortunately they spend less than 12 hours, with majority of them going to the Central Region — Kakum Park and the Cape Coast Castle.

The Regional Director of the Ghana Tourism Authority (GTA), Mr George Nkrumah Ansere, said, “The Western Region has better facilities compared to the neighbouring Central Region; however, the challenge here is when the cruise ships have less than five hours to stay.”

Mr Ansere said the region or Sekondi-Takoradi did not have well-organised sites to meet the pleasure of tourists who had to be moved to Cape Coast.

The region and the twin city have beautiful places for tourists; especially at Shama and Sekondi-Takoradi, where there is an island between Anlo Beach and Shama with an estuary left untapped.

The area, if given much attention, could become an avenue for boat riding and other exciting activities for tourists in addition to the development of various sites in the city and other parts of the region.

He said the twin city itself was a good destination for conferences and business tourism because it had all the facilities needed, from hotels to a vibrant nightlife, but there was the need for a conscious effort to create more tourism products, which the authority was working on.

In Sekondi, he said, “We are looking at some of the old structures to be transformed into a marine museum for tourists. In the heart of the city is the evergreen Monkey Hill, strategically located and very close to the tourists and still a habitat for some wildlife and must be further developed.”

The minister should also consider the harmonisation of the roles of GTA and the Museums and Monuments Board (GMMB).

Established under the National Museums Ordinance in 1957, GMMB manages the country’s cultural heritage and, as such, is the legal custodian of Ghana’s movable and immovable national cultural heritage.

Interestingly, the GTA, a state agency under the Ministry of Tourism, Culture and Creative Arts, is responsible for the regulation of tourism in the country by marketing, promoting, licensing, classifying, researching and developing tourism facilities and services in the country.

Some of the historical and heritage sites are in bad shape because these two agencies — GMMB and GTA — do not know whose responsibility it is to ensure it is safe and developed to attract tourists; therefore, harmonising the roles will help the industry.